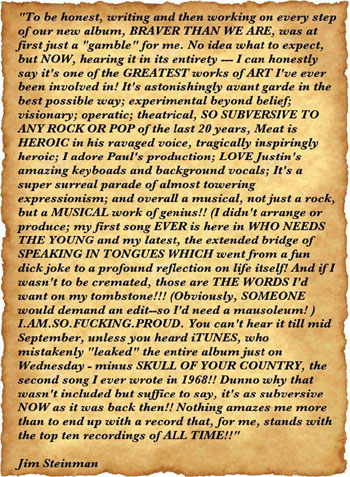 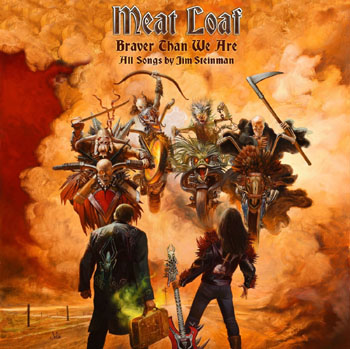 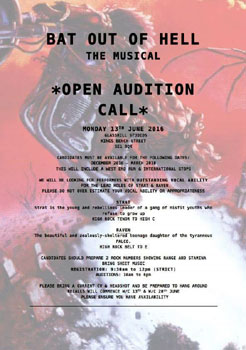 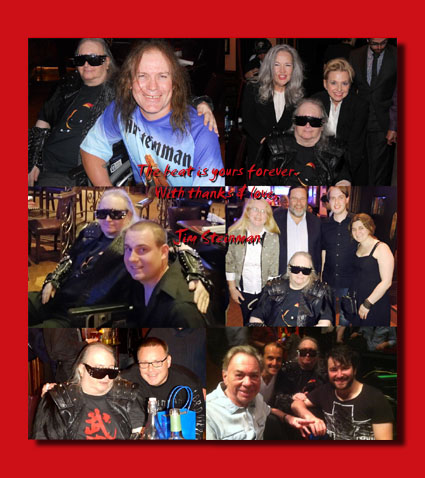 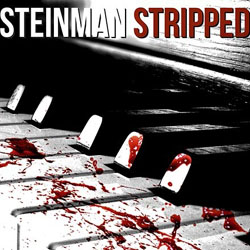 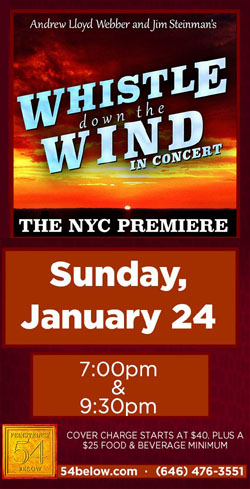 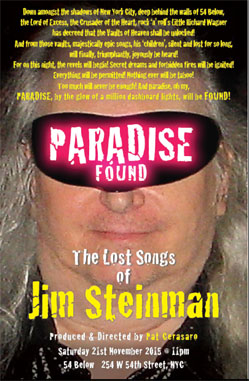 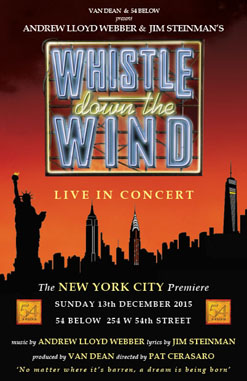 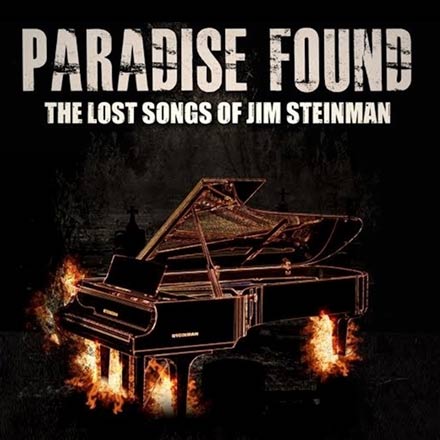 DREAMS DO COME TRUE, MY DARLING! 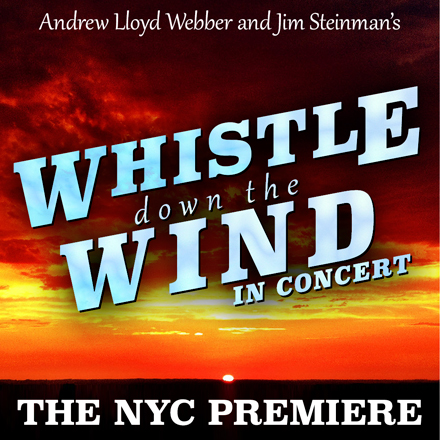 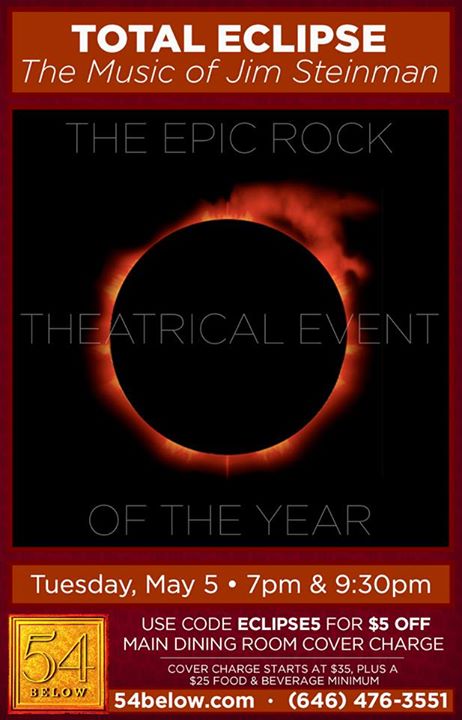 Jeremy Jordan, Ellen Foley & More Star In TOTAL ECLIPSE: THE MUSIC OF JIM STEINMAN At 54 Below, 5/5

A total eclipse on Broadway!

Legendary Grammy Award-winning songwriter and performer, internationally recognized theatrical rock pioneer Jim Steinman, will be celebrated in a new 54 Below show honoring his multiple #1 songs and albums at 54 Below next month, titled TOTAL ECLIPSE: THE MUSIC OF JIM STEINMAN, with the starry cast of the evening announced earlier today.

The official description of TOTAL ECLIPSE: THE MUSIC OF JIM STEINMAN is as follows: "'If you don't go over the top, you can't see what's on the other side.' Grammy Award-winning composer Jim Steinman is the only artist in history to write and produce the simultaneous #1 and #2 song on the 'Billboard' charts, as well as possess writing and producing credits on three of the best-selling albums ever made. Now, rock's most theatrical personality is celebrated by Broadway's biggest voices, bringing his iconic songs to the 54 Below stage. The evening will feature performances by: Tony nominee Jeremy Jordan ('The Last 5 Years,' Newsies, 'Smash'), Kate Rockwell (Rock of Ages, Bring It On: The Musical), Justin Matthew Sargent (Rock of Ages, Spider-Man: Turn Off The Dark), Ariana DeBose (Hamilton, Pippin, Motown), Tony nominee Josh Young (Jesus Christ Superstar), Tony nominee Constantine Maroulis (Rock of Ages, 'American Idol'), Jessica Hendy (Radio City Spring Spectacular), Tyce Green (LMNOP), Christopher Lee Viljoen (54 Sings 'Chess') and Ellen Foley (Meat Loaf's duet partner on "Paradise by the Dashboard Light"). Featuring international smash hits such as "Total Eclipse Of The Heart," "It's All Coming Back To Me Now," "I'd Do Anything For Love (But I Won't Do That)", with special costume and design elements created by international celebrated haute couture designer Asher Levine, plus jaw-dropping new arrangements especially created for this one night only event, this is the epic rock theatrical event of the year. With a setlist crafted by the composer himself, the evening has been conceived by Jim Steinman and Pat Cerasaro, who will serve as director, and will be produced and music directed by Benjamin Rauhala."

TOTAL ECLIPSE: THE MUSIC OF JIM STEINMAN will occur on May 5 at 7 and 9:30 PM. Ticket information is available here.

I like to think that my job, and any artist's job, is to turn the profane into the sacred. That said, it is my communion with all of you that makes the process complete.

Visit their website for news, ticket information and a look at this spectacular production. Join me in wishing the entire cast and crew all the best for a long and wonderful run in the City of Love & Vampires! 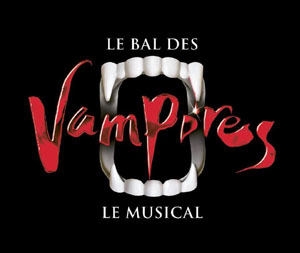 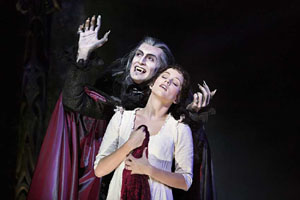 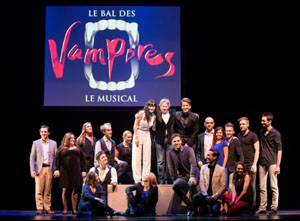 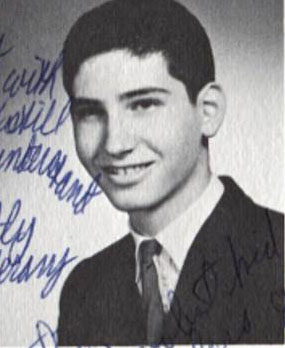 "I have a medical" - Jim Steinman you haven't changed a BIT! 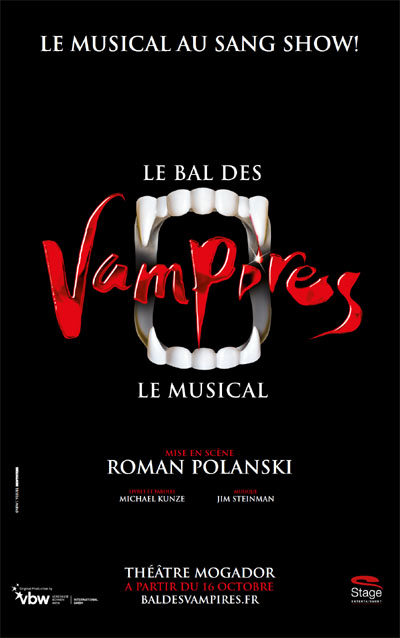 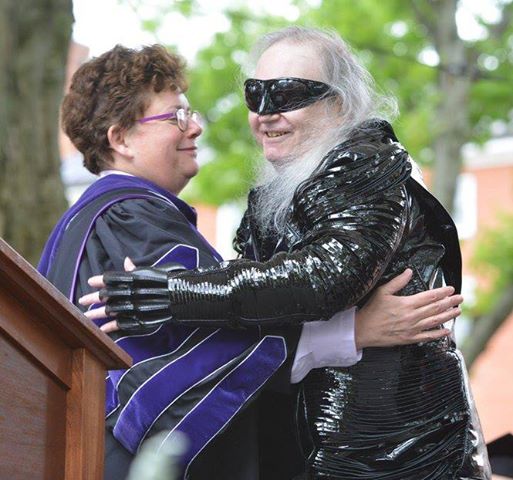 This throne becomes a perfect unit with the owner by fusing with the steel wings, it comes with black leather upholstery, all work done by myself, like every other steelwork, cutting the iron, welding, forming, polishing, finishing.
Absolutely unikat single-item.
Duration of work 1-2month.
Best, Rob. 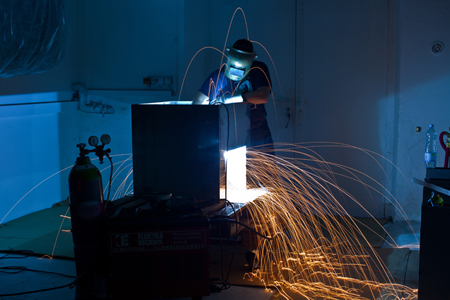 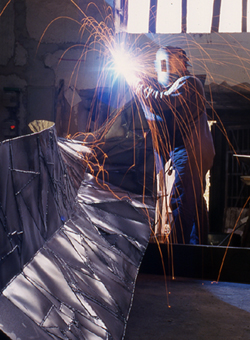 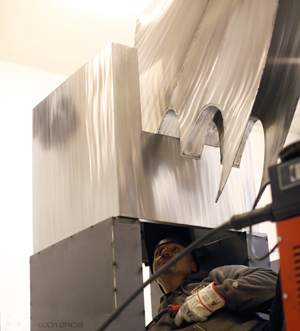 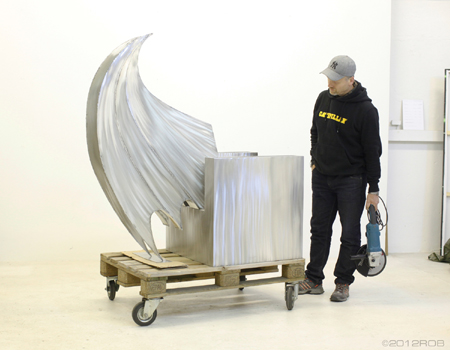 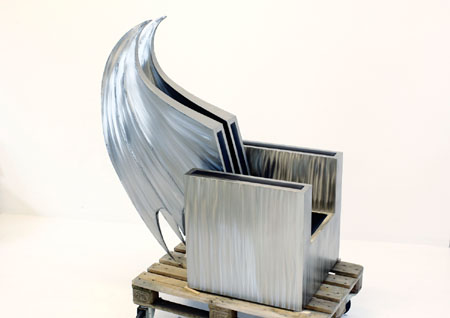 For all of you wondering where the sculpture in the "Christmas photo" came from...the sculpture was by Rob from Bayreuth......custom made and he's made a new piece--a "throne" as he calls it. ALL the works of art in that room came from geniuses in Bayreuth, Germany.

PS - The sculpture is based on a set Karl Lagerfeld did for Chanel (that was based on Superman’s Fortress of Solitude - Clark Kent's secret hideaway in the Arctic).

Looking forward to seeing you all in 2013. Thanks for your constant support, loyalty, friendship & inspiration.
THANK YOU for ALL you've done & felt for me!
THANK YOU!!!!!!!!!!!!!!!!!
Great love respect & gratitude, 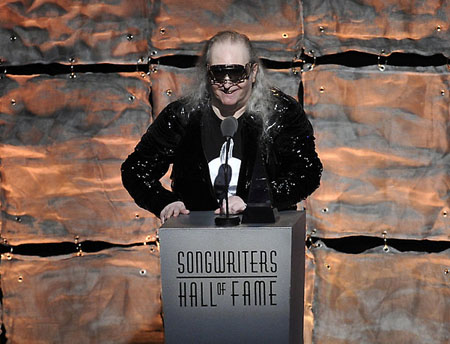 And All The Hiding Places Are Hiding

From the 1969 Amherst Student - a deep look into the Master's mind! Read more…

Tribute To An Inductee