The slight man up front at the press table jokes that when he directed "Dance Of The Vampires" in 1966 he was still "young, pretty and tall." Today, almost 35 years later and after various strokes of fate, Roman Polanski (66) is still less than 5'3" tall. But he has made film and theater history. His quirky vampire piece was followed by such cult films as "Rosemary's Baby," "Macbeth" (with music by the Third Ear Band), "Frantic," and "Death And The Maiden," as well as such theater projects as Alban Berg's "Lulu" and Verdi's "Rigoletto." 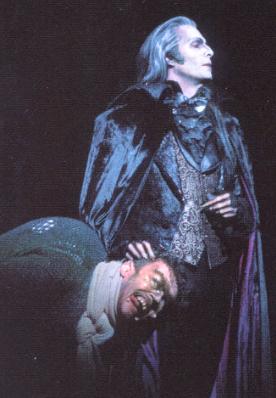 But Polanski's true passion has been and remains, horror tales and musicals. Still, the director concedes, "'Dance Of The Vampires' is the only one of my movies that meets the criteria." It seems a lucky coincidence that the man who discovered Meat Loaf, Jim Steinman, has demonstrated a weakness for nocturnal monsters ever since the release of "Bat Out Of Hell." Of all nocturnal demons, he considers vampires to be the "most erotic and relevant" species. His song lyricist Michael Kunze ("Greek Wine," "The Little Pub") wrote the German text, and the rest is history. First Vienna, where "Vampires" was first produced in 1997, and now Stuttgart. Polanski's vampires are on the verge of chasing away the vultures of bankruptcy that have circled ominously over the musical production company, Stella. In any event, the mood is upbeat, even for Peter Schwenkow, whose Hamburg Entertainment AG recently took Stella under it's wing. "This musical is predestined to become a cult classic," says Schwenkow, who is overjoyed to have the Polanski/Steinman duo on the Stella team. The Stella people, in turn, are happy to have arrived in Germany's musical paradise, a magical realm that offers huge theaters and perfect logistics (according to Steinman, "much better than anywhere in the United States"), a paradise in which money doesn't seem to be a problem at all. 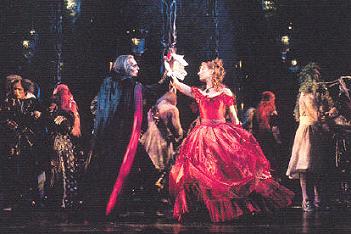 In the wake of the German premier in Stuttgart's "Stella Entertainment Center," it is evident that the piece is, for the most part, truly well put together. The initial Hansel and Gretel atmosphere exudes a somewhat harmless simplicity but that is probably because there isn't much content in that part of the production. As soon as the vampire hunt shifts to the castle during the second act, Polanski's intricate comedy becomes, in every respect, truly larger than life. Kevin Tarte, playing a colossal Count Krolock who exhibits the magic of a Freddie Mercury, soars to theatrical and vocal heights, a true "King Of The Night" and lord of all canine-baring vampires, vampires who are ultimately nothing but humans who want to claim their right to life. Werner Bauer, a.k.a. Professor Abronsius, every bit as effervescent and daring as a George Thomalla, personifies the modern, cool world of logic. And between the two we find plenty of odd characters, from the shy assistant Alfred to the Count's effeminate son Herbert, from the sweet Sarah (Barbara Kohler) to the hunchbacked dwarf.

The castle oozes morbid grandeur - with giant dimensions, a brilliant display of light and color straight out of "A Thousand And One Nights," ominously weaving patches of mist, imposing ball scenes, and magnificent costumes. A terrain in which Wagner and Shakespeare fan Jim Steinman lustily and dynamically shoots off a powerful display of musical fireworks, ranging from pleasant symphonic rock through baroque minuets to soulful ballads. By the way, Mainz native Adrian Werum is responsible for conducting the piece.

When combined with the music, some of the ballet numbers really get under your skin, especially the nightmare scene and the grandiose resurrection of the undead, pure apocalypse that can hardly be produced more perfectly and thrillingly. Although the theater's much-touted surround sound tends to be diffused and blunted, the production's climactic build-up and imposing set leave a strong and lasting impression. 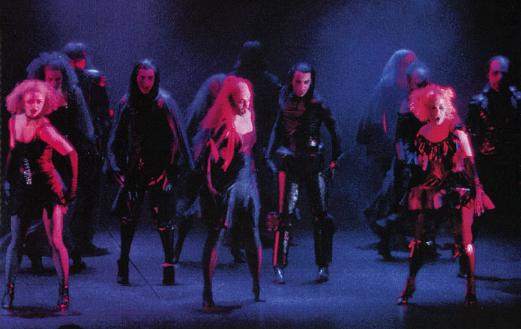