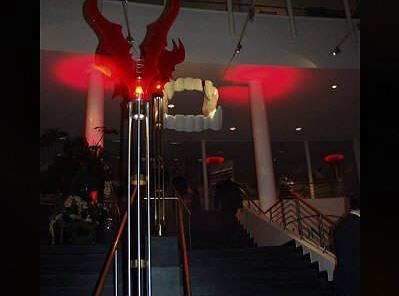 They have climbed out of their coffins once again. And in Stuttgart the vampires are biting with gusto, as the musical Dance Of The Vampires replaces the lyrical drama "Miss Saigon." On Friday, the curtain rose for the premier of this horror show which will offer its future audiences a spectacle of technology, dance and lighting effects six times a week. Renowned director Roman Polanski staged the piece, which had previously played to sold-out audiences in Vienna. The vampires are also expected to guide Stella, the troubled musical production company, back into calmer waters.

According to Peter Schwenkow, whose Deutsche Entertainment AG (DEAG) recently acquired a significant share in Share, and who also owns Frankfurt's Jahrhunderthalle [Century Hall], "musicals are not as antiquated as their reputation." But they're not immortal, either.

Kim's modest little hut in "Miss Saigon" was, in fact, expected to attract Stuttgart's theater-goers for an entire decade. But it failed to do so. Consequently, Dance Of The Vampires will play for a significantly shorter run. This is a shame, as this production, with its imposing castle inhabited by vampire Count von Krolock (Kevin Tarte), certainly has the potential to become a major audience attraction. In this production, a few changes were made to the Vienna version of the musical.

The story of Professor Abronsius (Werner Bauer), introduced to audiences worldwide in Polanski's 1967 film version, who is accompanied by his assistant Alfred (Aris Sas) on a scientific trip to Transylvania, the land of the vampires, has a great deal of wit and charm. When these two characters attempt to stop one of the undead with a cross, he tells them "that cross won't help you, because I am a vampire Jew." Apparently, the only thing that works against vampires is garlic.

But the antics of the vampires also seem to attract humans. In a key scene, Sarah, the daughter of a villager, descends the 33 steps of a spiral staircase so that she can attain immortality at the vampire's midnight ball.

Polanski is a perfectionist. During several weeks of rehearsals in Stuttgart, it became evident that he expects a great deal from his performers. "I love the theater and I love music," said the 66 year old director, who played the role of the professor's assistant Alfred in his 1967 movie. 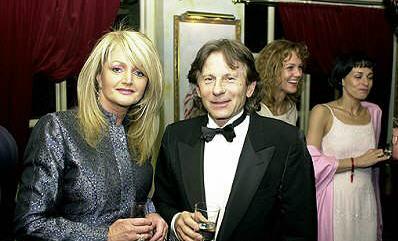 Composer Jim Steinman delivered catchy and lasting melodies, using tunes with which we are already familiar. Bonnie Tyler's hit song, Total Eclipse, which was written by Steinman, is easy to recognize in some of the songs. Strains of rock music alternate with borrowings from the world of classical music. The set creates the perfect atmosphere of splendor so commonly found in musicals. The audience at the premier applauded wildly at the end of each scene.