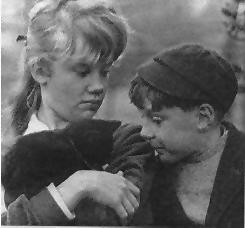 Panned in the US, Whistle Down The Wind teams Andrew Lloyd Webber with an unlikely partner. Robert Gore-Langton meets lyricist and 52 year-old rocker - Jim Steinman.

When Whistle Down The Wind opens in the west end on July 1, Andrew Lloyd Webber will exhale a sigh of relief. It's been a difficult birth. Two years ago Whistle was tried out in Washington: American critics hated it. Lloyd Webber aborted the planned New York opening, a decision which cost him around $10 million. The rewritten, re-directed show previews at the Aldwych from mid June.

Fans of Cats and Phantom may be surprised. WDTW has no ghouls in masks, no cat suits, no chandeliers. The story is from a charming 1961 British film - starring the young Hayley Mills - about a bunch of kids who believe a man holed up in a nearby barn is Jesus Christ.

The musical relocates to the Bible-belt in Louisiana in 1959. Lloyd Webber's new lyricist is the American songwriter Jim Steinman, the phenomenally successful author of hits like Bat Out Of Hell for Meat Loaf and Total Eclipse Of The Heart for Bonnie Tyler. 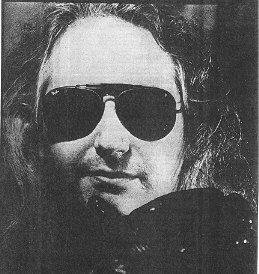 Lloyd Webber changes lyricists more often than his underpants but this is the strangest combination yet. "I haven't cut my hair since 1972 and I wear a bunch of leather," say the genial 52 year old Steinman. "Yet I feel totally comfortable with this guy from the House Of Lords with his wine, horses and stuff."

Lloyd Webber originally asked him to write Phantom Of The Opera, but Steinman turned him down. "The worst decision of my life. But I was tied up writing and producing a Bonnie Tyler album and, well, Andrew doesn't like to hang around."

It was originally intended that WDTW would be a film musical scripted by Patricia Knop who wrote the screenplay for 91/2 weeks. It came within an ace of shooting. Knop is now the musicals librettist.

"What subsequently happened in Washington DC was a ghastly experience for everyone. But the whole show was way off the mark. Andrew got so depressed."

Are we in for the same experience? "God no! Andrew wanted to rework it and we did."

Interestingly, the few British critics who went to Washington to see WDTW gave Lloyd Webber the best reviews of his career. Steinman is at a loss to explain the American reviewers vendetta, but dislike for the composer has always been a factor. "Why," Lloyd Webber once asked Alan Jay Lerner, "does everyone take an instant dislike to me?" "Saves time," was the reply.

Steinman is baffled by the hostility. "All I can say is that Andrew is totally at odds with his public persona. The public sees this corporate guy controlling millions. But I see this big kid who is still totally thrilled by music. We work well together. I envy his success and his millions. He envies my rock and roll chart hits!"

This is not Steinman's only musical. He's written and opened Dance Of The Vampires - directed by Roman Polanski - in Vienna and he's on a high. But WDTW is the big one: "I didn't shed a tear at Rent. But Whistle is a Southern Gothic heart-wrencher of a show. Hayley Mills saw it and sobbed. I'm thrilled about that."