Andrew Lloyd Webber has talked to me about the £4 million gamble he took when he pulled his latest musical from Broadway. 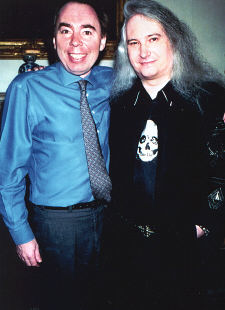 Whistle Down the Wind opens in London on July 1, but it should have premiered in New York a year ago.

Andrew said: ‘What we knew we would have on Broadway was a show that would work up to a point. The word I would advisedly use in fine.

‘It would have been safe but I haven't got to this stage of my career to settle for a musical of mine being "fine".’

Andrew leaned forward and told me: ‘I'm a child, I'm just a total little boy when it comes to musicals and if I can't be allowed to be better than "fine", then I might as well give up.’

He said he and lyricist Jim Steinman knew more work was needed on the show. ‘It could have been the worst decision I'd ever taken financially speaking. We played some performances out of town and the run made a profit but, when the decision was made not to go to New York, I had to personally pay off the American investors, which probably came to around seven million dollars (£4 million).’ 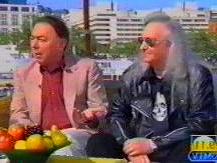 As Steinman puts it, ‘we have shaken, stirred and refried this show. It's 80 pc different and there are five new songs.’

The numbers are both poignant and lively. Already radio stations are playing Tina Arena's version of the title song, and Boyzone have a great time singing No Matter What.

Other ‘cover’ versions are Tom Jones and the Sounds of Blackness with a rollicking Vaults of Heaven and Meat Loaf with A Kiss Is a Terrible Thing to Waste. They will be released on a sampler CD after the show opens. A cast album will follow.

The show is based on the classic British film Whistle Down The Wind, but it has been relocated to Louisiana in 1959, where it deals with racism and the dawn of rock 'n' roll.

I am glad Andrew Lloyd Webber didn't settle for ‘fine’.