Eventful, emotive, and gloriously over the top, a Wagnerian sense of theatre is central in the music of Meat Loaf. Songs such as “I’d Do Anything For Love (But I Won’t Do That),” “Paradise By The Dashboard Light,” “Two Out Of Three Ain’t Bad” and “You Took The Words Right Out Of My Mouth (Hot Summer Night)”—composed by Meat Loaf’s musical mastermind Jim Steinman—are bursting with tremendous feeling and musical incident. Even the song titles tend to be excessive.

There’s an impressive attention to narrative in the songs, too: listen to the perfectly self-contained romantic melodrama of “Two Out Of Three Ain’t Bad,” where the protagonist’s emotional paralysis (“I want you, I need you / But they’re ain’t no way I’m ever gonna love you”) is explained in a heartbreaking final-verse flashback. Pretty heady stuff for an FM-ready, platinum-certified hit single.

Boasting all the above songs and more, and a battalion of up-for-it performers and musicians, “Bat Out of Hell” the musical opened at New York City Center last week. It’s everything you’d hope for and expect from a musical theatre version of the mighty 1977 concept album: soaring melismatic voices, scorching guitars, and hellacious tunes. (Plus, a dystopian set design dominated by the glowing neon strings of an oversized fretboard.)

The show’s young associate director, New York-based Australian Benita de Wit, is blazing a theatrical path a bit like the titular bat. In a recent interview, Ms. de Wit told Forbes about the show, its bizarre origins, and her role behind the outrageous scenes. 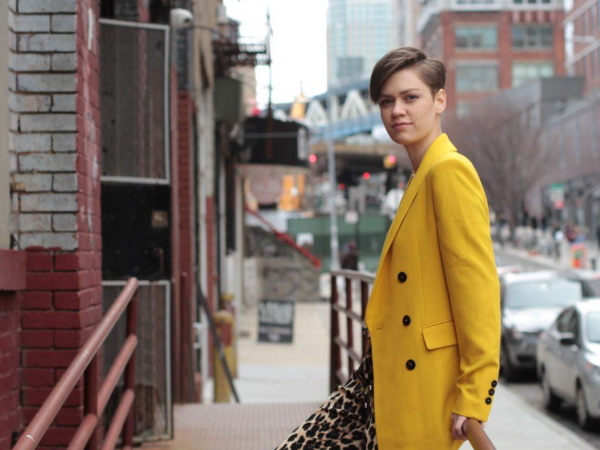 Benita, how did you feel about the music of Meat Loaf before your involvement in this show? And how have your feelings evolved since?

O.K., I can’t say I was a particular fan before the show. Like everyone I enjoyed ‘I’d Do Anything for Love (But I Won’t Do That)’ but was unclear on exactly what the “that” was Meat Loaf wouldn’t do. I was only passingly familiar with his other songs and certainly would never have guessed a few years ago that I would work on a show like “Bat Out of Hell.” Now I can recite all of “Love and Death and an American Guitar,” I can tell you fun facts about Jim Steinman who wrote Meat Loaf’s songs and I can talk in depth about what “that” is.

Tell us a little about your lead performers—what’s required of them to pull off these notoriously emotive and intense songs?

These are some of the most difficult songs ever written. Meat Loaf himself often used an oxygen tank when he got offstage after performances! For starters, you have songs like ‘Paradise by the Dashboard Light’ and ‘Bat Out of Hell’ which are eight-to-ten minutes long and cover an enormous vocal range. Our performers have to use every part of their voices to capture the epic highs and heartfelt lows. On top of that, the show is incredibly physical. Both our leads Andrew Polec and Christina Bennington belt crazy high notes while lying upside down and Lena Hall and Bradley Dean sing “Paradise” while throwing themselves around the stage. You have to be fearless and super-human to perform this show. These folks have vocal cords of steel and the hearts of rock gods.

Readers might be surprised to learn that there’s a connection between the fantasy of J.M. Barrie’s “Peter Pan” and the rock excess of “Bat Out of Hell.” Can you tell us a bit about the strange origins and epic journey of the show?

One of the really cool things about working on this show is the history and folklore around it. What a lot of people don’t know is that “Bat Out of Hell” was always meant to be a musical. In the ’70s Jim Steinman wrote a post-apocalyptic Peter Pan musical called “Neverland.” He then went to the J. M. Barrie estate to get the rights to put it on and they gave it a pass. (The show used to have killer nuns on motorcycles and apparently the estate weren't on board with it!) At the time Jim Steinman was working on another show with Meat Loaf and after “Neverland” was rejected the two of them decided that the songs were exceptional and had to be recorded. The album they made together was “Bat Out of Hell.” It’s pretty incredible that around 50 years later this musical is still the rock and roll retelling of “Peter Pan” that it was always meant to be. 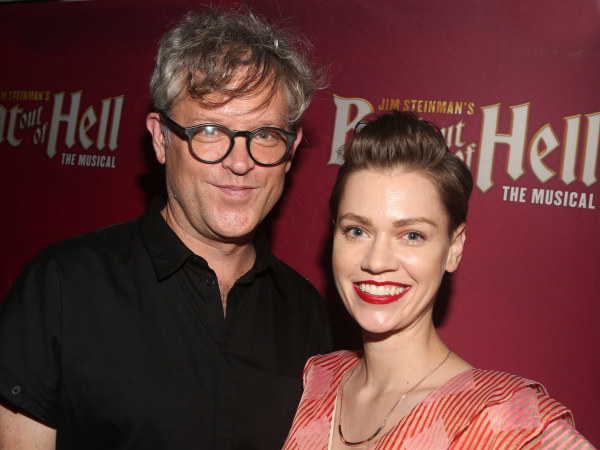 How did you get involved in the show as associate director, and what has that job entailed?

The director Jay Scheib was looking for a US-based associate director and we had gone through the same directing program at Columbia University, although several years apart. Someone recommended me and he reached out, which was really exciting. I already loved his work and the show sounded truly epic so it was a no-brainer. Jay works a lot with new technology and videography which you'll see in this production. It's shot live every night by the incredible Paulina Jurzec and the film element really lifts this musical to another level. I love that you can get an intense close-up on an actor in an enormous theatre.

My job involves a lot of different things depending on the day. I'm a second set of eyes and ears for the director and I’m there to help create and maintain his vision for the production. That can mean rehearsing understudies, being a sounding board for ideas, taking notes during shows, communicating with stage management and design, or it can mean standing on Hope Rock while video refocuses our robo camera. On a multistory set it can be really useful to have two sets of hands working at the same time so one of us can be on the street outside Falco Tower and one of us can be upstairs in Raven’s bedroom. You can get a lot more done when there’s two of you.

Is there a moment in the show you especially look forward to, for whatever reason?

There are so many moments I look forward to every night. This athletic warrior-cast dancing and singing up a storm in “Out of the Frying Pan,” watching Lena Hall and Bradley Dean perform “Paradise by the Dashboard Light” is almost a religious experience, and whenever Andrew Polec sings the insane ending of “Bat Out of Hell” I feel like I’m hearing it for the first time. But my favorite moment is the opening of “Hot Summer Night.” The spoken word introduction to the song is really iconic (and incidentally was in Jim Steinman’s earliest draft of the musical in 1968 back when it was called “The Dream Engine”). We tease the intro a couple of times in the show so by the time the song is coming up, the audience knows and you can feel the small murmurs of recognition through the theatre—it’s like a ripple of energy. That’s the instant when you know how many Meat Loaf fans are in the house. It’s a beautiful, communal moment where the show walks that line between musical and rock concert and everyone is in it together. It’s a great encapsulation of why “Bat Out of Hell” is so much fun: we get to reencounter these iconic songs we love through a new lens and a new generation of kick-ass performers.