"I was told people have been known to book five nights in a row to see this show. I didn’t initially understand, but I get it now" 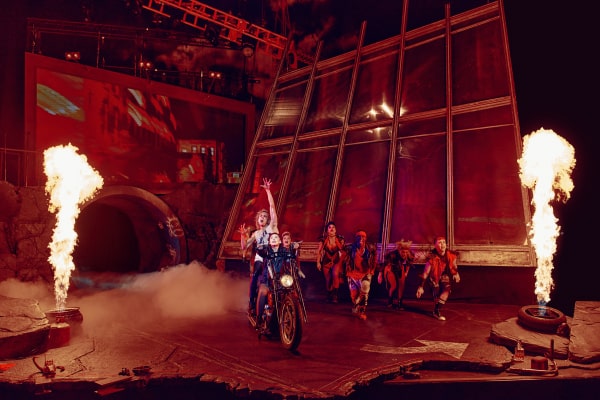 Based loosely on Peter Pan with the raucous music of Meat Loaf, and having premiered in Manchester four years ago, Bat Out Of Hell is back with a bang and a vengeance.

Exploring the inevitable inter-generational fight of morals, mortality, and the meaning of life, Bat Out Of Hell is a classic tale of young vs old.

As they say themselves: ‘all every parent wants is a “thank you” and all every child wants is an “I’m sorry.”’

The stage is set with an urban landscape; tarmac and tunnels creating an aura of apocalyptic chaos. A motorbike sits in place in the centre, keeping everyone on the edge of their seats to see what will happen before the show even started.

As All Revved Up with No Place to Go and Wasted Youth come screaming into the room, an immediate sense of excitement follows.

The crowd is full of the most beautifully eclectic group of people; die hard Bat Out Of Hell fans, an audience of young and old, all here to leave their self-consciousness at the door and open their minds and souls to some good old classic rock.

A close up camera follows cast members to bridge the view between ‘indoor' and outdoor', creating an ingenious way of maintaining an open stage without having to manoeuvre huge props around.

Paradise by the Dashboard Lights is without a doubt the song that really gets the audience going.

With a theatrical strip tease, and a chorus of cheers from the audience, Sharon Sexton, playing Sloane, solidifies herself as the pinnacle of comedic timing.

Rob Fowler's Falco keeps up with his counterpart wonderfully, and the raucous applause when he rips his trousers off must be quite the confidence boost night after night. 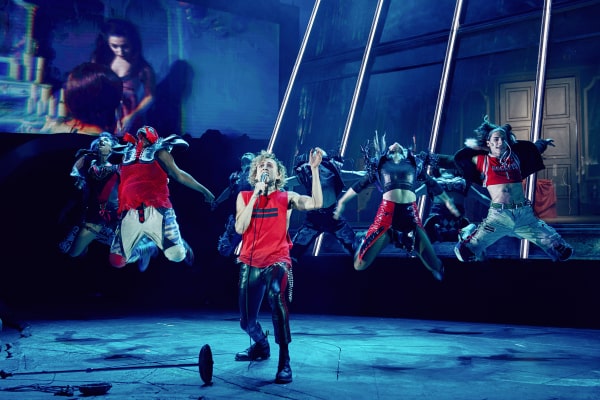 Joelle Moses' Zahara is another standout, positioning herself as a leading lady in a supporting role.

Two of the most uplifting moments come with You Took the Words Right Out of My Mouth (Hot Summer Night) when the audience is clapping along thunderously before the cast has even begun singing, and Dead Ringer For Love, where Joelle's Zahara and James Chisholm's Jagwire build up to a high note that pulls cheers from the crowd before the number has even finished.

Killian Thomas Lefevre also brings a wonderful interpretation of Tinkerbell, and hits a particularly gritty note in I'd Do Anything For Love (But I Won't Do That) that seems entirely spontaneous, but has the audience roaring.

James Lowrie also brings such an enthusiasm to Deny that you really can't fight your eyes being drawn to him, particularly during dance numbers.

Objects In the Rear View Mirror May Appear Closer Than They Are positions Bat as one of the most collaborative musicals I've seen; more supporting cast members get solo moments than I've ever seen before on stage, and it's a fantastic way to develop the characters.

Naturally, the two leads cannot be swept past; Martha Kirby brings a fantastic Sandy Olsson-esque transformation to Raven, perfectly toeing the line of innocence to corruption.

Glenn Adamson gives an old-school Roger Daltrey style to Strat, which keeps the gristly rock edge to the songs flawlessly.

The culmination of the pair's talent shines in For Crying Out Loud - it's the kind of musical soundtrack that you can listen to as if it's an entirely original album.

Jim Steinman and Meat Loaf's songs are so inherently theatrical, and the Bat Out Of Hell albums already tell such a narrative, that it's no wonder it translates so well to the stage.

I was told people have been known to book five nights in a row to see this show. I didn't initially understand, but I get it now. What a joyous return to theatre.