Barry Cain gets hit by Meat Loaf in New York

And that's Meat Loaf - the Laurel and Hardy of soda fountain soliloquy in New York.

Meat Loaf hangs out everywhere mainly because of a hamburger-swollen body. He sings all the songs on 'Bat Out Of Hell' in a hamburger swollen voice. He's swell.

Jim Steinman has written all the songs on 'Bat Out Of Hell.' Heroic songs mainly concerned with the amplification of reality - his words.

'Bat Out Of Hell' is an album of insurrection and the incessant adolescent fight against all odds.

"Then I'm dying at the bottom of a pit in the blazing sun / Torn and twisted at the foot of a burning bike / And I think somebody, somewhere must be tolling a bell / And the last thing I see is my heart."

"I was a varsity tackle and a hell of a block / When I played my guitar / I made the canyons rock - but- / Every Saturday night, I felt the fever grow."

All this teenage mongoloidmania is lovingly encased in a Phil Spector smokescreen produced by Todd "I've got piles in my pyramids" Rundgren.

And there's nothing wrong with the epic musical backdrop. Yank kids hate their parents in luxury. "Hey Mom, Dad ain't taking my Chevy AGAIN!?" That's why they loathe the Pistols who don't play on a bed of roses bemoaning pubescent mental trauma.

"Oh, I know you belong inside my aching heart/And can't you see my faded Levis bursting apart?"

The album, their debut, has prodded a few of the curious but it's live that Meat Loaf have created the biggest stir. I ain't had the pleasure yet but I did catch them last week on the Whistle Test performing the title track embellished by a film of a night rider OD'ing on revs.

Meat Loaf sings sweat and blood and tears in a glory filled hell bent for leather overweight orgasm, hair suitably flowing in a Status Quo mockwind. It was great.

So we're in this New York apartment drinking bourbon from cut glass Meat Loaf is hanging out again and talking about Texas.

"I left Dallas when I graduated. I was always drunk, playing basketball and running. Yeah, every day for 11 years I ran five miles." 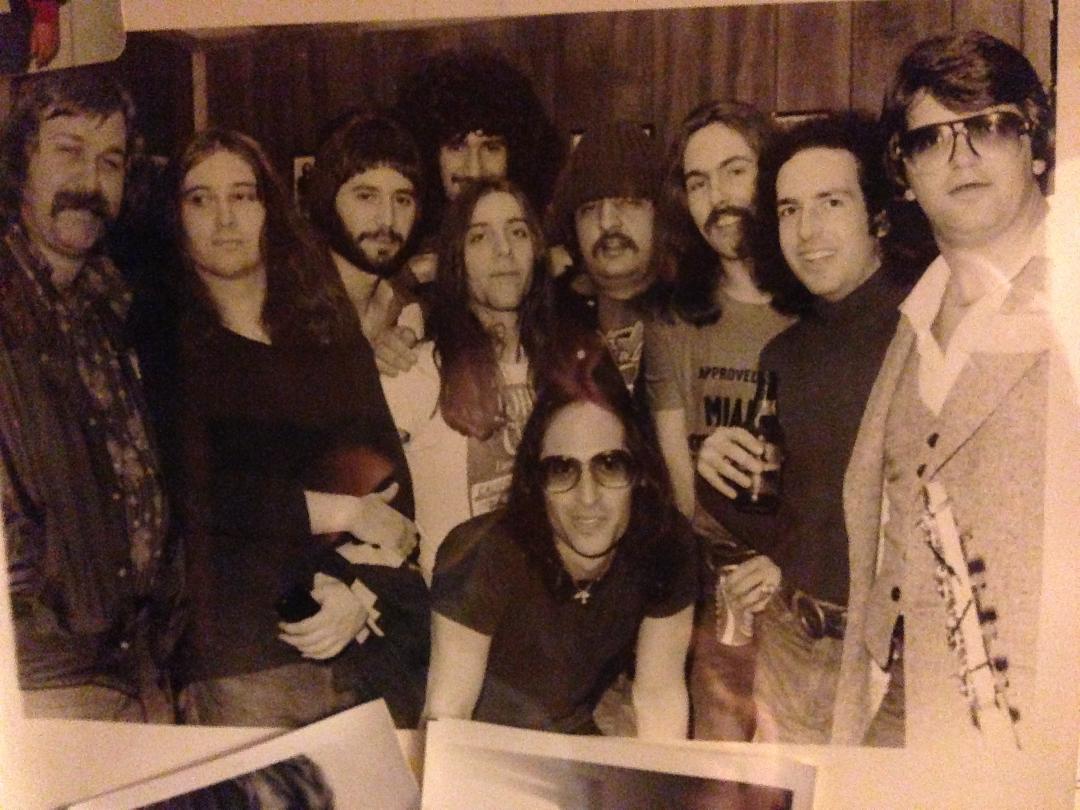 He talks about the impressive array of talent who play on the album: "none of them, contrary to opinion, are session players. They're just guys from other bands. Pianist Roy Bitten works with Bruce Springsteen and bassist Kasim Sultan works with Rundgren. And of course there's Rundgren himself and Edgar Winter. We simply rehearsed as any band would..."

Steinman interrupts. "Studio musicians can't really identify with what you're trying to lay down. When you act as a band there's genuine emotional joy apparent with every success.

"We started work on these songs in '76 with some exploratory sessions the year before."

Meat Loaf - "we would have completed it earlier only we're both perfectionists."

The feel, the ambitions of the album have been compared generally favorably, with Springsteen.

"Yeah, but when I hear Springsteen I think of The Who. It's the resonances, the reverberations, the echoes. It's simply 1976 rock and roll," says Steinman dismissing the association.

"Our songs," says Jim, "are a series of heroics. Amplifications of reality, glorifications of fantasy. There ain't been a lot of that in the last few years. Fleetwood Mac are a glorification of what's already real. Everything musical at the moment seems so homogenized. The seventies have been a decade of languidness. The sixties were a decade of rock and roll.

"Everyone got older and left rock behind them. They've dispensed with the heroics and are now dealing with interior forces. We all live too comfortably. That's why we like FM radio.

"Universal fantasies are projects in a changing environment," says Steinman as he talks of the "impulses and sexual desires" that haunt rock and roll songs. "You can be just as fanatic within an Elvis Costello arrangement as you can within a Stevie Wonder arrangement.

"The songs on the album are a combination of all my dreams, all my obsessions. But it's essentially sarcastic. A lot of the most dramatic moments on 'Bat' are sarcastic.

"But that doesn't mean to say I find 'teenage' a disparaging term. Rock and roll is teenage. It's narcissistic. Teenage is one of the most pure American terms I have ever heard."

And Meat Loaf is one of the nastiest.

But Steinman has managed to vinylise his ideals. And vinylised dreams last longer.