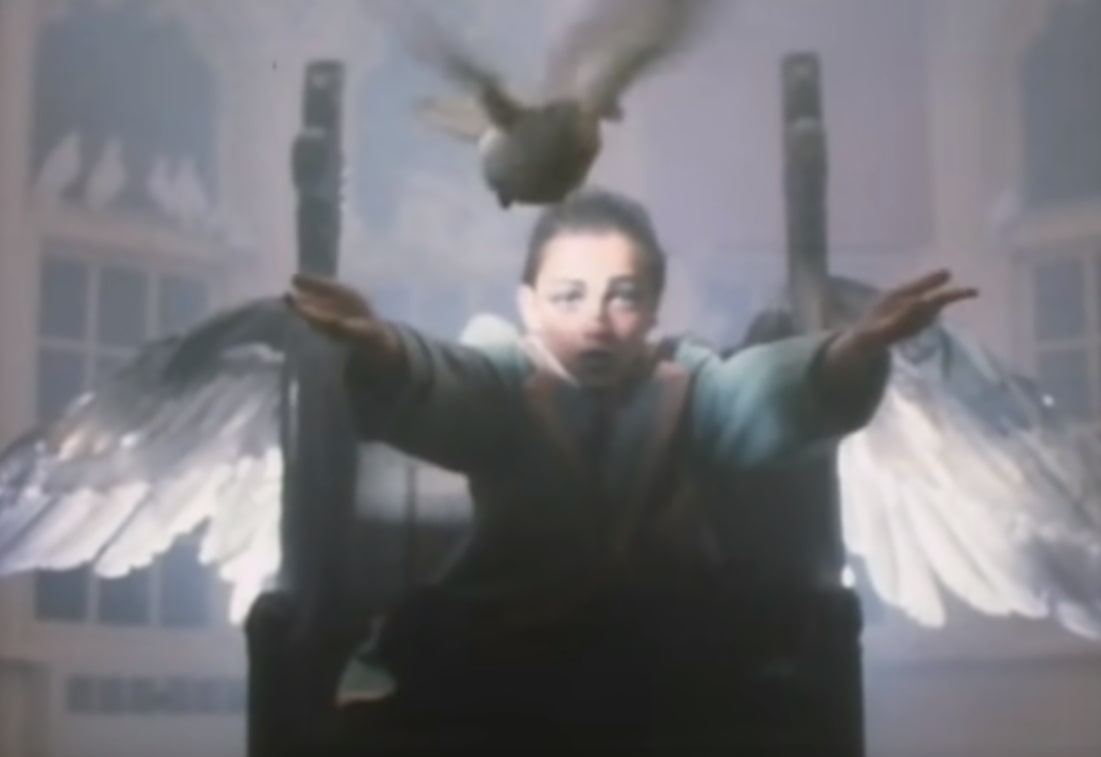 Russell Mulcahy: I collaborated on the storyboard for Bonnie Tyler's "Total Eclipse Of The Heart" with Jim Steinman, who wrote and produced the song. Jim is fabulously, fabulously crazy. We would banter ideas over a bottle of red wine. I'd say, "Let's set it in a school and have ninjas in one scene," and he'd say "Let's have a choirboy with glowing eyeballs." We shot it in an old abandoned insane asylum in London. We had one sequence, which was Steinman's idea, where a shirtless young boy is holding a dove and he throws it at the camera in slow motion. Bonnie came around the corner and screamed, in her Welsh accent, "You're nothing but a fucking pre-vert!" And she stormed off.