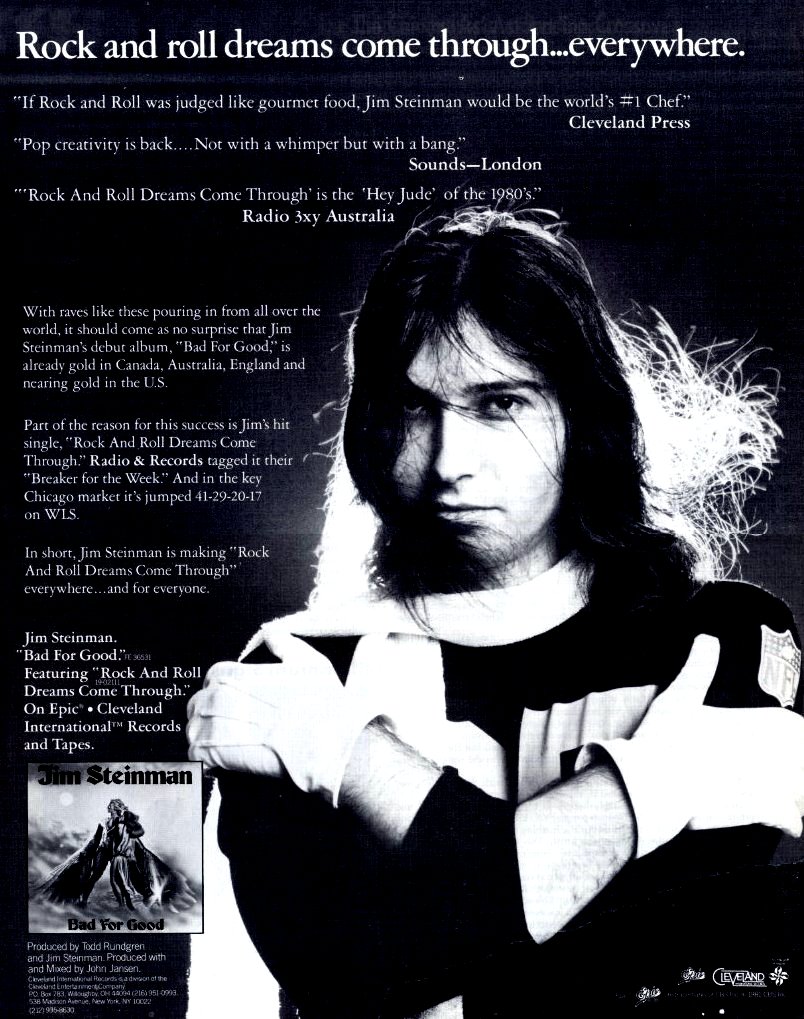 Overall structure of the page - the main image is the photo of Jim in a scarf and a sports jersey which features on the back cover of the album Bad For Good. Text surrounds him, and there is a small image of the album cover inset in the bottom left. Text follows:

"If Rock and Roll was judged like gourmet food, Jim Steinman would be the world's #1 Chef." - Cleveland Press

"Pop creativity is back....Not with a whimper but with a bang!' Sounds - London

With raves like these pouring in from all over the world, it should come as no surprise that Jim Steinman's debut album, "Bad For Good," is already gold in Canada, Australia, England and nearing gold in the U.S.

Part of the reason for this success is Jim's hit single, "Rock And Roll Dreams Come Through." Radio & Records tagged it their "Breaker for the Week." And in the key Chicago market it's jumped 41-29-20-17 on WLS.

In short, Jim Steinman is making "Rock And Roll Dreams Come Through" everywhere...and for everyone.

Produced by Todd Rundgren and Jim Steinman. Produced with and Mixed by John Jansen.