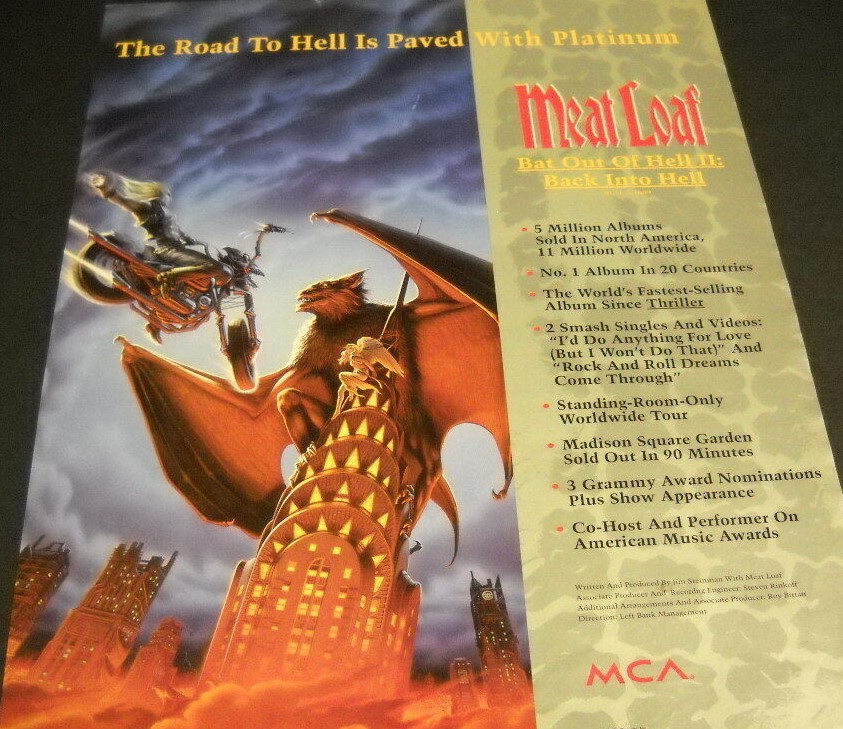 "Sheer Genius… Baroque eroticism… Jim Steinman is to Hard Rock what the late director Alfred Hitchcock was to the thriller movie."
RAW Magazine

"Steinman demands that his subjects hollow themselves out in much the same way as the Italian film director Federico Fellini insists that actors are and should be the medium between his fantasies and the rest of the world. In this sense, Steinman's not simply a songwriter or a producer but a director of theater."
Melody Maker

"The Richard Wagner of Rock and Roll… Breathtakingly excessive."
The Los Angeles Times

"Nobody writes songs like Jim Steinman: he is perhaps the lost genius of pop, stranded - lamentably unlauded - in a world of rock with opera's attitude, where life has stopped at the point of adolescence that childhood dreams are shattered. It's how 'soul' music should have turned out: every chorus is like losing your virginity, every verse is like killing your parents. It's as if Phil Spector and Richard Wagner were making records together."
Q Magazine

"Jim Steinman is a man who accepted excess into his heart in the way a Christian must accept God into his soul…Probably the ultimate definition of the genius-as-madman producer since Phil Spector…creator of the most gloriously pounding, emotionally derailed, headily deranged, chrome hard, wildly demented, madly powerful, too real, wholly unreal, sexually monumental, totally melodramatic all-time masterpiece albums ever made."
Kerrang!

"If God made albums, they would probably sound a lot like these."
New Musical Express

"Steinman never cared much for credibility — in-credibility, now that's more the ticket. And it's surely only right for him to remain utterly over the top and on his own. In the realms of rock theater, Jim Steinman is unique."
Sounds Magazine

Praise for Bat Out Of Hell The Musical

"I can't remember when I last saw a standing ovation at the interval."
The Sunday Times

"A crazy wild-child of a Rock and Roll musical."
The Times

"When's the last time it felt as if an entire theater were about to levitate? Bat Out of Hell is all but blasting an adoring audience out of their seats."
The New York Times

"A jaw-dropping combination of horniness, corniness, portent and camp."
Time Out New York

"Loud, exhilarating and blows your socks off!"
The Independent

"Like the albums, it's a bizarre, over-the-top piece of pageantry that teeters on the edge of all-out mawkishness yet somehow keeps us rapt…it's hard to avoid being swept up in this raunchy spectacle"
The Financial Times

"A truly staggering piece of musical theatre. No excuses. Get a ticket while you can."
"Manchester Evening News

"A night that will make your jaw drop, your heart soar and have you singing along."
What's On Stage 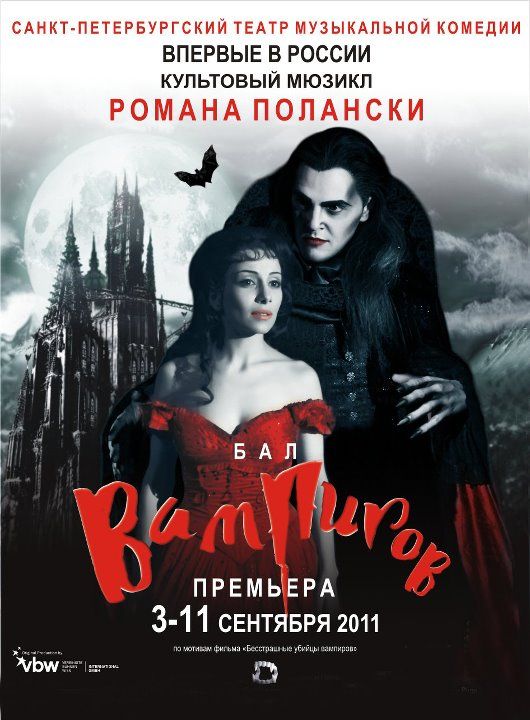 "The show, directed by Polanski, is the sort of elaborate spectacle that is familiar to theatergoers on Broadway and in the West End of London."
New York Times

"To tell the truth, the result marvels everyone."
Vedomosti, Russia

"Steinman opens up his list of possibilities from Rock and Roll to Puccini…the professional perfection is stunning."
Frankfurer Allgemeine Zeitung, Germany

"What happens on the stage (and the aisles in the auditorium) is arranged to perfection. The vampires will conquer the world."
Neue Zürcher Zeitung, Switzerland

"With Jim Steinman Dance Of The Vampires has struck it rich. The play is composed right through, wonderful transitions work perfectly…sometimes one is reminded of Rossini and Weill…Action and song are fused to produce a completely hypnotic effect. The bloodsucking will continue for a long time to come."
Die Welt, Germany

"Jim Steinman masterfully alternates from symphonic rock to folklore-style Stetl flair, he also packs in heavy-metal aggression and is not short of a hearty rock- boogie. This means that musically as well as visually, the musical resembles certain other models and is a combination of the Rocky Horror Show, Fiddler On The Roof and Phantom Of The Opera."
Der Standard, Austria

Praise for Whistle Down The Wind 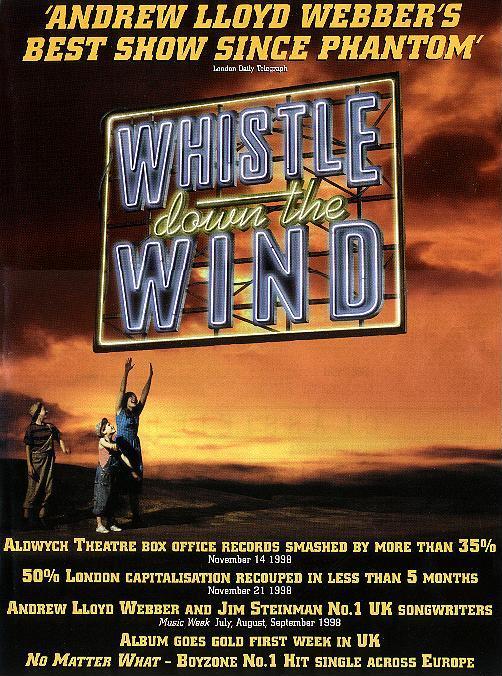 "The best new musical in town."
The Daily Mail

"A show with immense heart."
The Mail on Sunday, Glasgow

"I was intrigued to hear Lloyd Webber rising to the challenge implicitly posed by his lyricist Jim Steinman, creator of Meat Loaf’s Bat out of Hell and other rock arias."
The Financial Times

"I found myself both moved and beguiled, damn it. Lloyd Webber has at last come up with a hit for those who don't quite get the point of him."
The Daily Express

"If you're lucky, [the title track] will only spin around your head for a few days."
London Theatre Guide

"I was captivated by Whistle Down the Wind. The best musical production I have seen on stage. Simply superb… Go and see it."
Sunderland Evening Chronicle