In 1973, there were talks of recruiting David Bowie for The Dream Engine. Bowie did eventually play Baal... but in a BBC TV version Bertolt Brecht's play "Baal", not in Jim Steinman's musical The Dream Engine. Jim and Bowie remained friends. 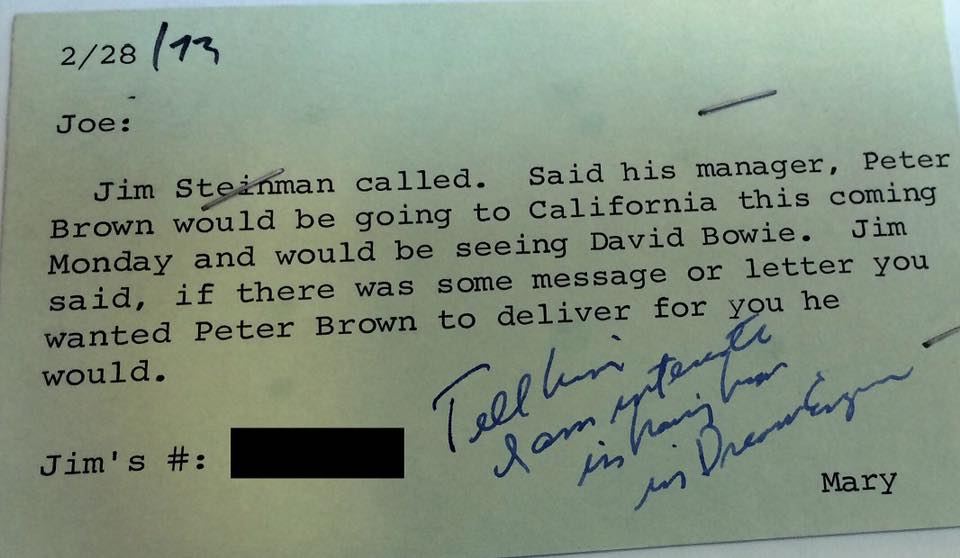 Jim Steinman called. Said his manager, Peter Brown would be going to California this coming Monday and would be seeing David Bowie. Jim said, if there was some message or letter you wanted Peter Brown to deliver for you he would.

[handwritten] Tell him I am interested in having him in Dream Engine. 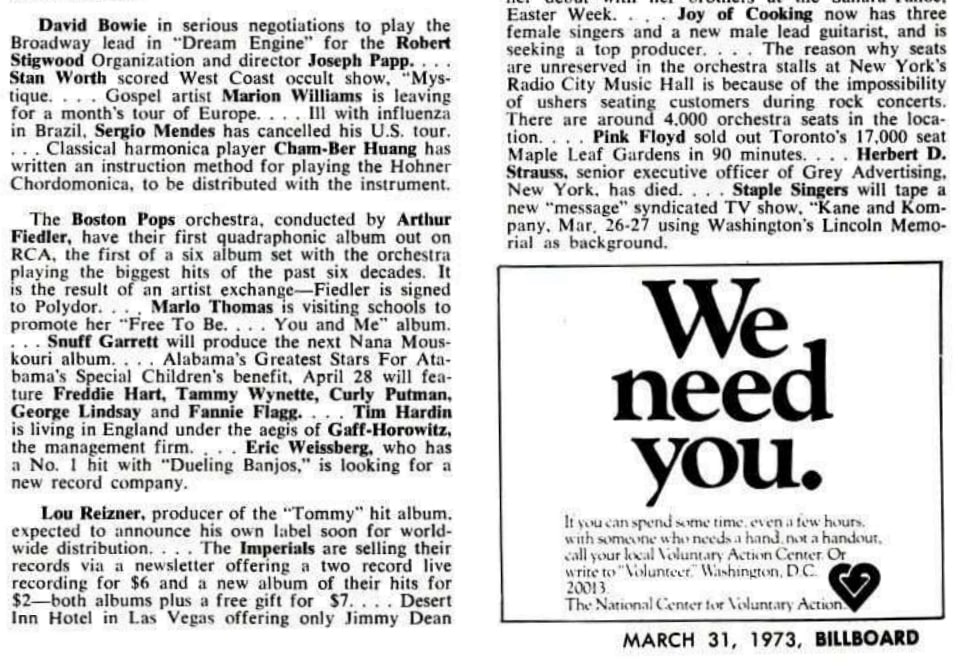 David Bowie in serious negotiations to play the Broadway lead in “Dream Engine” for the Robert Stigwood Organization and director Joseph Papp.

See also Jim's bio in the program for More Than You Deserve.