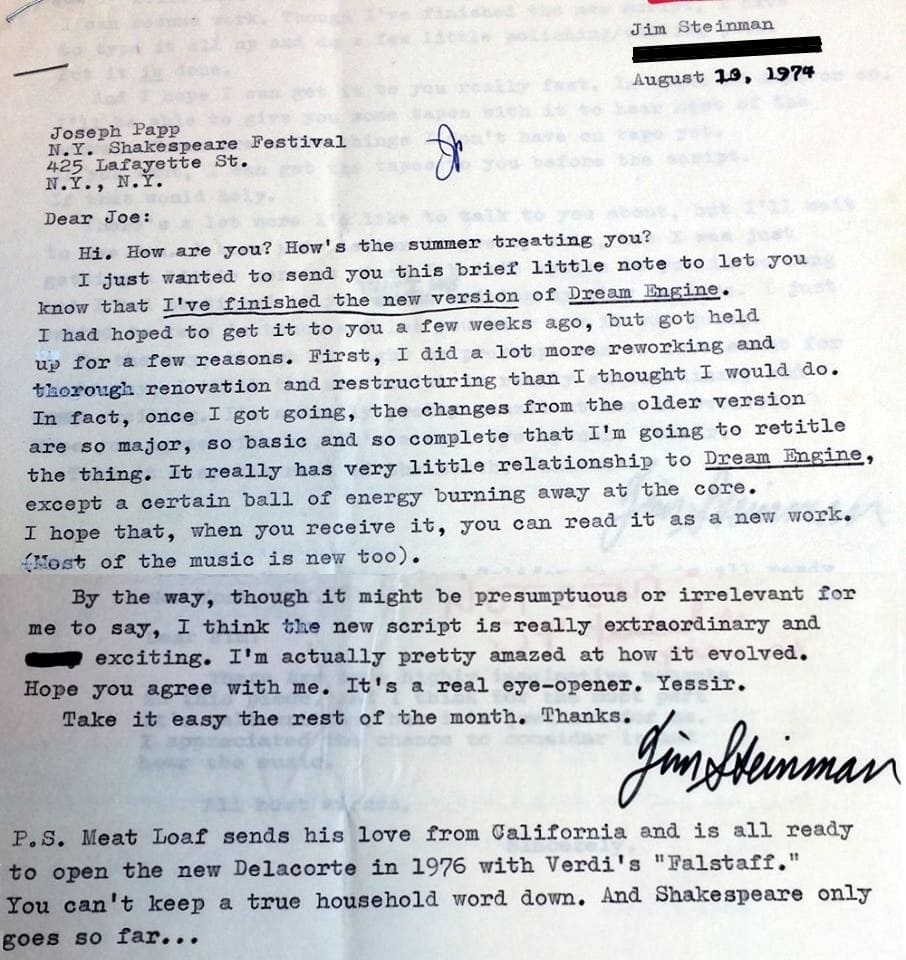 Hi. How are you? How's the summer treating you?

I just wanted to send you this brief little note to let you know that I've finished the new version of Dream Engine. I had hoped to get it to you a few weeks ago, but got held up for a few reasons. First, I did a lot more reworking and thorough renovation and restructuring than I thought I would do. In fact, once I got going, the changes from the older version are so major, so basic and so complete that I'm going to retitle the thing. It really has very little relationship to Dream Engine, except a certain ball of energy burning away at the core. I hope that, when you receive it, you can read it as a new work. (Most of the music is new too).

By the way, though it might be presumptuous or irrelevant for me to say, I think the script is really extraordinary and exciting. I'm actually pretty amazed at how it evolved. Hope you agree with me. It's a real eye opener. Yessir.

Take it easy the rest of the month. Thanks.

P.S. Meat Loaf sends his love from California and is all ready to open the new Delacorte in 1976 with Verdi's “Falstaff.” You can't keep a true household word down. And Shakespeare only goes so far…