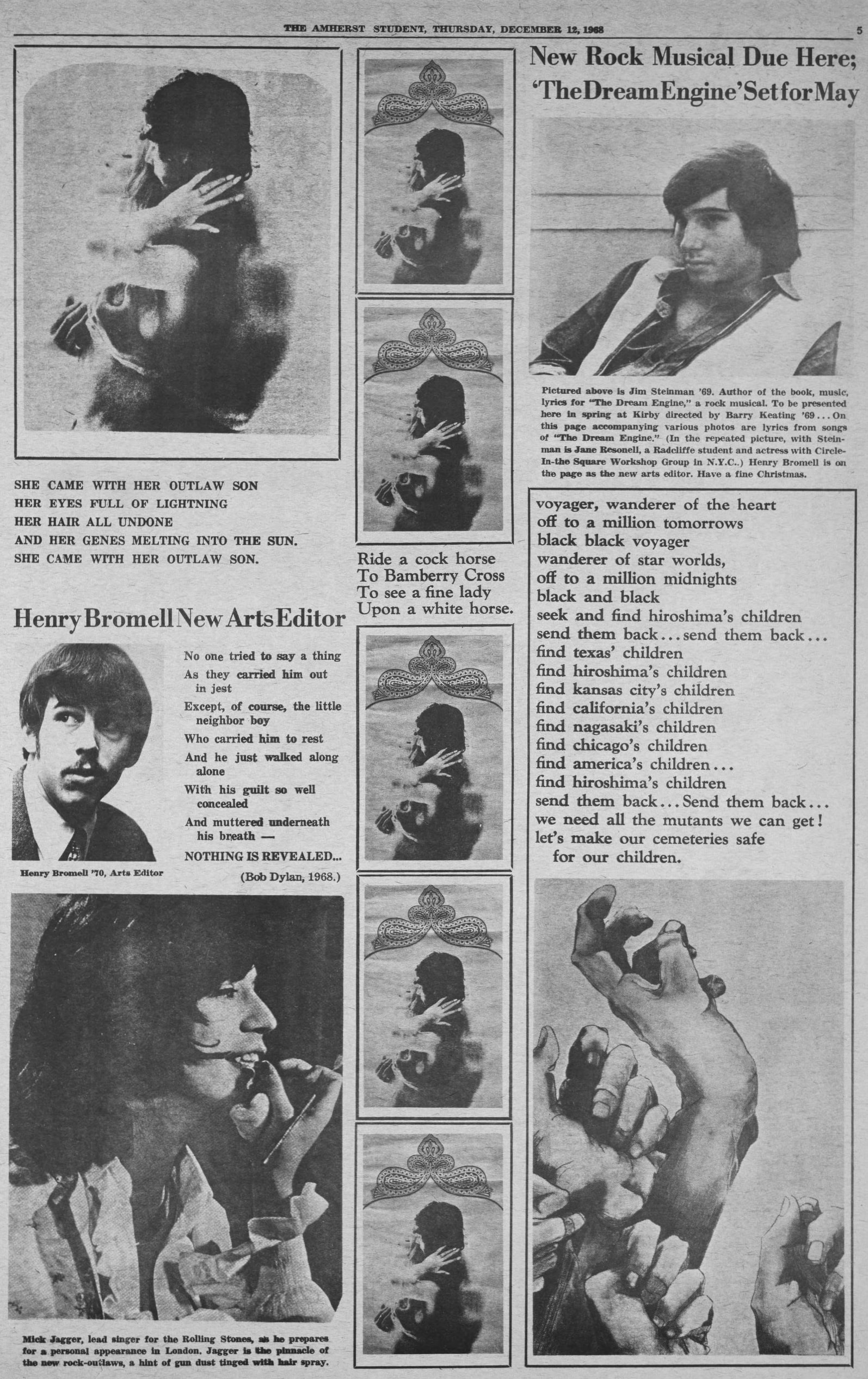 Note: Throughout 1968, the Arts Editor for this publication was Mr James Steinman '69 - this announcement was also his exit from the newspaper. The numbers after a person's name indicate that they are an Amherst student who is due to graduate in X year.

Henry Bromell would later write a review of The Dream Engine and later went on to become an author, screenwriter and director.

Headline: New Rock Musical Due Here; ‘The Dream Engine’ Set for May

Text: Pictured above is Jim Steinman '69. Author of the book, music, lyrics for "The Dream Engine," a rock musical. To be presented here in spring at Kirby directed by Barry Keating '69 … On this page accompanying various photos are lyrics from songs of "The Dream Engine." (In the repeated picture, with Steinman is Jane Resonell, a Radcliffe student and actress with Circle-In-The-Square Workshop Group in N.Y.C.) Henry Bromell is on the page as the new arts editor. Have a fine Christmas.

Description of repeated picture: A tasteful and artistic photo with an ethereal quality, in black and white. A dark-haired man (Jim) holds a blond-haired woman (Jane) from behind, cupping her breasts, while whispering into her ear. She reaches up with her left hand, to touch his neck.

Captioned photo, bottom left : Mick Jagger, lead singer for the Rolling Stones, as he prepares for a personal appearance in London. Jagger is the pinnacle of the new rock-outlaws, a hint of gun dust tinged with hair spray.

Lyrics in middle, amongst repeated pictures:

Ride a cock horse
To Bamberry (sic) Cross
To see a fine lady
Upon a white horse.

Image, bottom right: a painting - five hands, in relaxed state - fingers neither clenched, nor outstretched, all arms reaching up.