Throughout his five-decade career, Jim Steinman consistently defied the trend, permeating global pop culture with songs, music videos and phrases that have become part of the global zeitgeist. Steinman once described his songs as, "On the tightrope of being thrilling and silly." In actuality, Steinman's perfect equilibrium between emotional impact and comic relief made him unique. 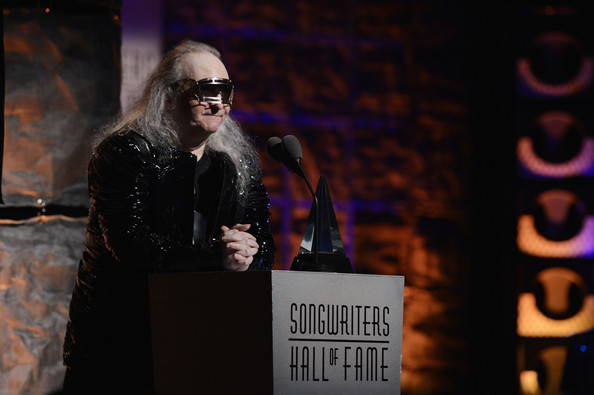 Jim Steinman wrote some of the most recognizable songs in music history and is one of its top-selling writers and producers. He's credited with sales in excess of 190,000 million units. He was inducted into the Songwriters Hall Of Fame in 2012 and the Long Island Music Hall Of Fame in 2016. Steinman was also proud to have received an honorary Doctorate of Humane Letters degree from his alma mater, Amherst University, in 2013.

At Amherst, Steinman began forming the vision and creating the melodies that ultimately defined his career. His senior project, The Dream Engine, was commissioned by Joseph Papp, founder of the New York Shakespeare Festival. It was at Papp's Public Theater that Jim and Meat Loaf first met. Spin Magazine called that meeting "one of the Top 10 most important moments in the history of rock and roll." Meat Loaf's rare heldentenor voice was capable of Steinman's incredible multi-octave songs, but it was his natural charisma that made him a wholly relatable anti-hero. 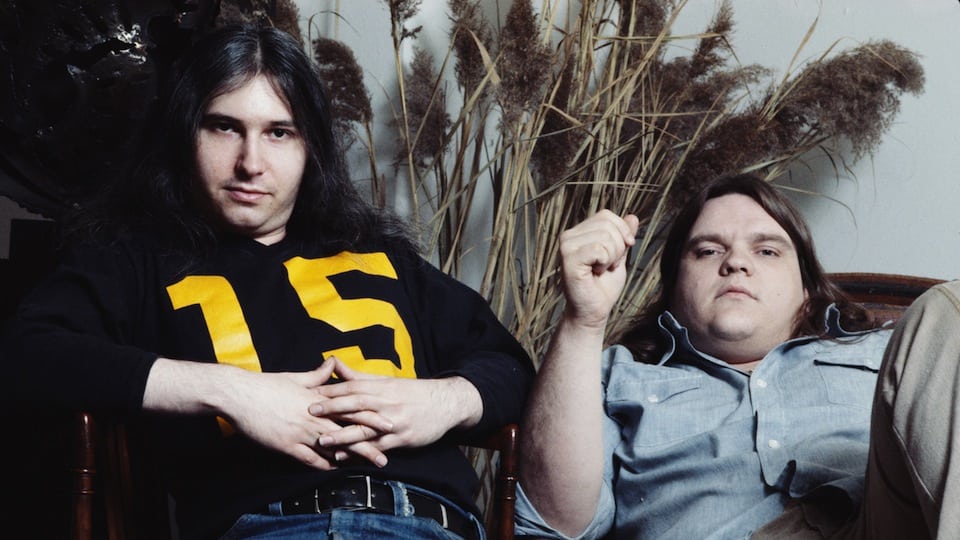 "Songs by Jim Steinman" first appeared on Meat Loaf's seminal 1977 debut album, Bat Out Of Hell. It has sold more than 50 million copies and is ranked #3 in worldwide sales. Produced by Todd Rundgren and featuring E Street Band members Roy Bittan and Max Weinberg, the album has become a musical rite of passage. Steinman conceived the cover art and enlisted Richard Corben, the famed American illustrator, to paint it, and the incarnation was complete. 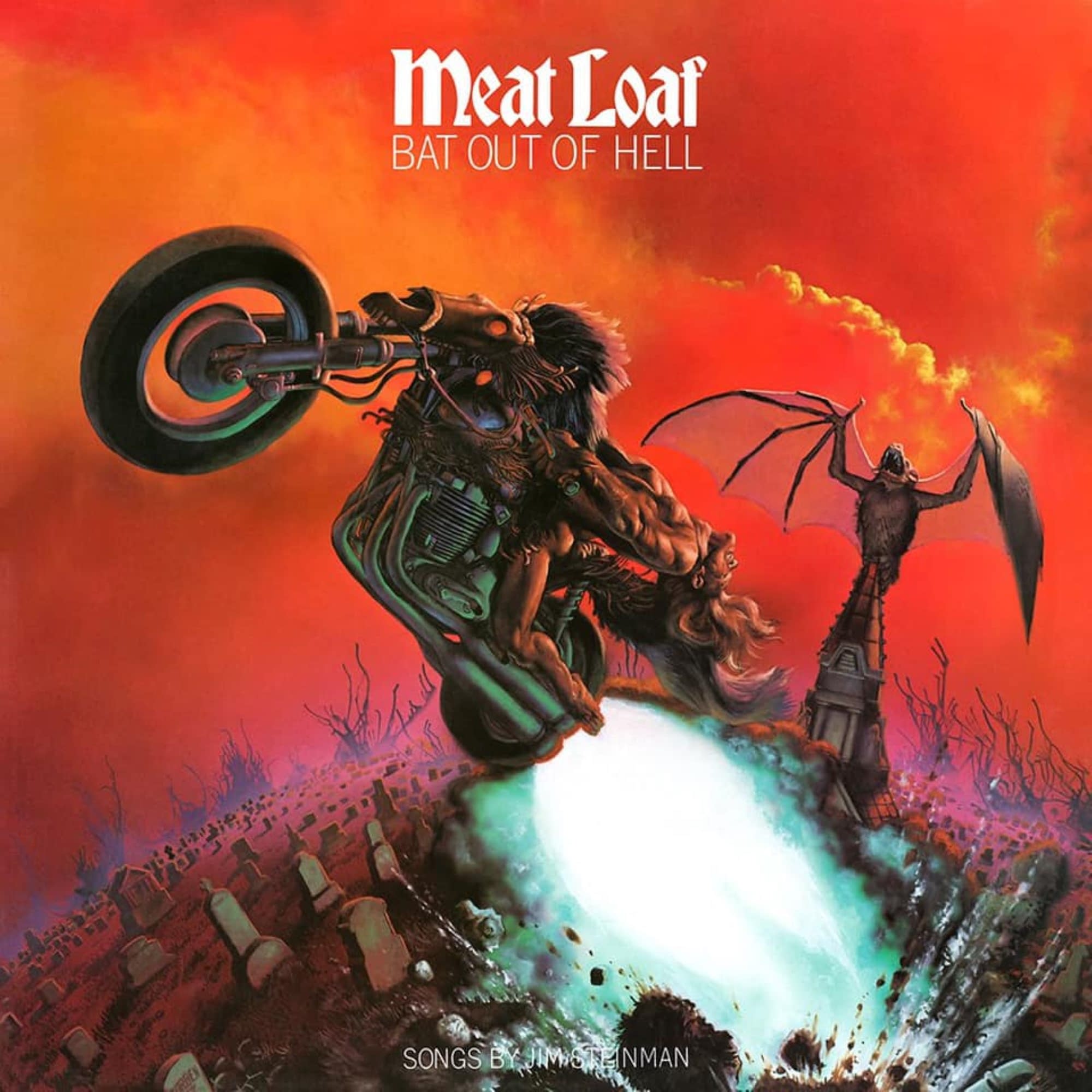 Nearly every record label said Bat Out Of Hell would never work. Bat Out Of Hell conquered. It stayed in the Top 100 UK Album Chart for an astonishing 522 weeks and continues to sell 200,000+ copies yearly. It is recognized by the Guinness Book Of World Records.

Sixteen years later, Steinman reunited with Meat Loaf for 1993's Bat Out Of Hell II: Back Into Hell. The album topped the charts in 38 countries and spawned the Grammy-winning, global mega-hit "I'd Do Anything For Love (But I Won't Do That)." Three accompanying videos for the album were storyboarded by Steinman and directed by then-newcomer Michael Bay. Back Into Hell has sold more than 26 million copies and is regarded as one of the greatest comebacks in entertainment. 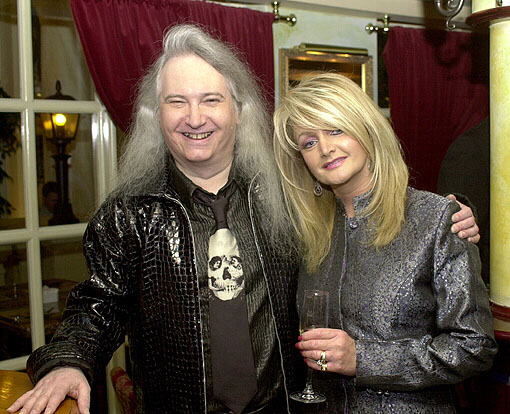 Jim is also the only individual to have written and produced songs that were #1 and #2 simultaneously on Billboard's Hot 100. For four weeks in 1983, "Total Eclipse Of The Heart" held the #1 spot, keeping Air Supply's "Making Love Out Of Nothing At All" from peak position.

"Total Eclipse Of The Heart" earned Bonnie Tyler a Grammy nomination and propelled her to international stardom. With this song, she became the first female artist to break in at #1 on the UK charts. The video for "Total Eclipse Of The Heart" is as culturally significant as the song itself. Conceived by Steinman, the video was directed by Russell Mulcahy and received two Billboard Video Music Award nominations. In 2009, "Total Eclipse Of The Heart" became a "Literal Video" sensation, ushering in a brand new art form. Thirty-seven years after its release, "Total Eclipse Of The Heart" remains central in pop culture. It's one of the most loved, most covered, most karaoke'd songs in the world and was even requested by Pope Francis at a Vatican concert. The song has gone to #1 multiple times, including during solar eclipses, which is fitting as "heart" has eclipsed "sun" as the suggestive phrase in every major search engine! 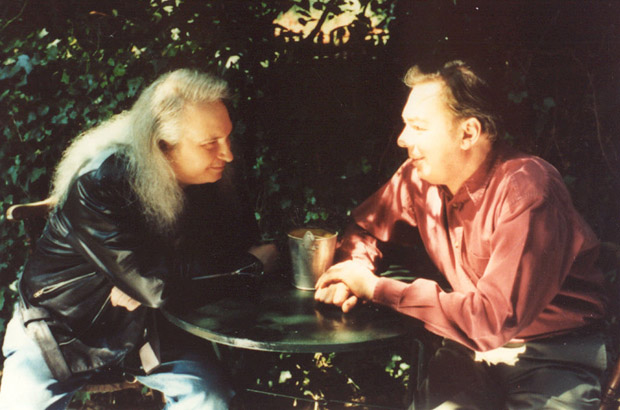 Similarly, it was a Jim Steinman song that firmly established Celine Dion as a global superstar. Jim won a Grammy as a producer and received the BMI Song Of The Year award in 1996 for Celine Dion's "It's All Coming Back To Me Now." The song went to #1 and was an international sensation. It was the first track on Celine Dion's important fourth album, Falling Into You. Diane Warren, David Foster, Phil Spector and other highly sought after producers worked on the project. Jim took over production duties on "Call The Man" and "River Deep Mountain High" after things went badly with Spector and Dion's team. Spector called Steinman "a bad clone," to which Steinman famously remarked, "To be insulted by Phil Spector is a big honor. If he spits on me, I consider myself purified." The songs Jim Steinman wrote and produced for Celine Dion have become essentials in her live shows. Her prestigious Vegas residencies often opened with "It's All Coming Back To Me Now." The Sunday Times reported that upon hearing that song, Andrew Lloyd Webber remarked, "It's the greatest love song ever written. This will be the record of the millennium!"

Initially sought as lyricist on Phantom Of The Opera, Steinman and Lloyd Webber eventually collaborated on Whistle Down The Wind, a musical based on the classic film. It played at London's Aldwych Theatre for two and a half years and has toured extensively in the following decades, including a 2020 Tokyo premier. Together Steinman and Lloyd Webber wrote the biggest hit single ever originating from a musical, "No Matter What," by Boyzone. The song was #1 in 18 countries and sold 5 million copies. It was the best selling single of 1998. 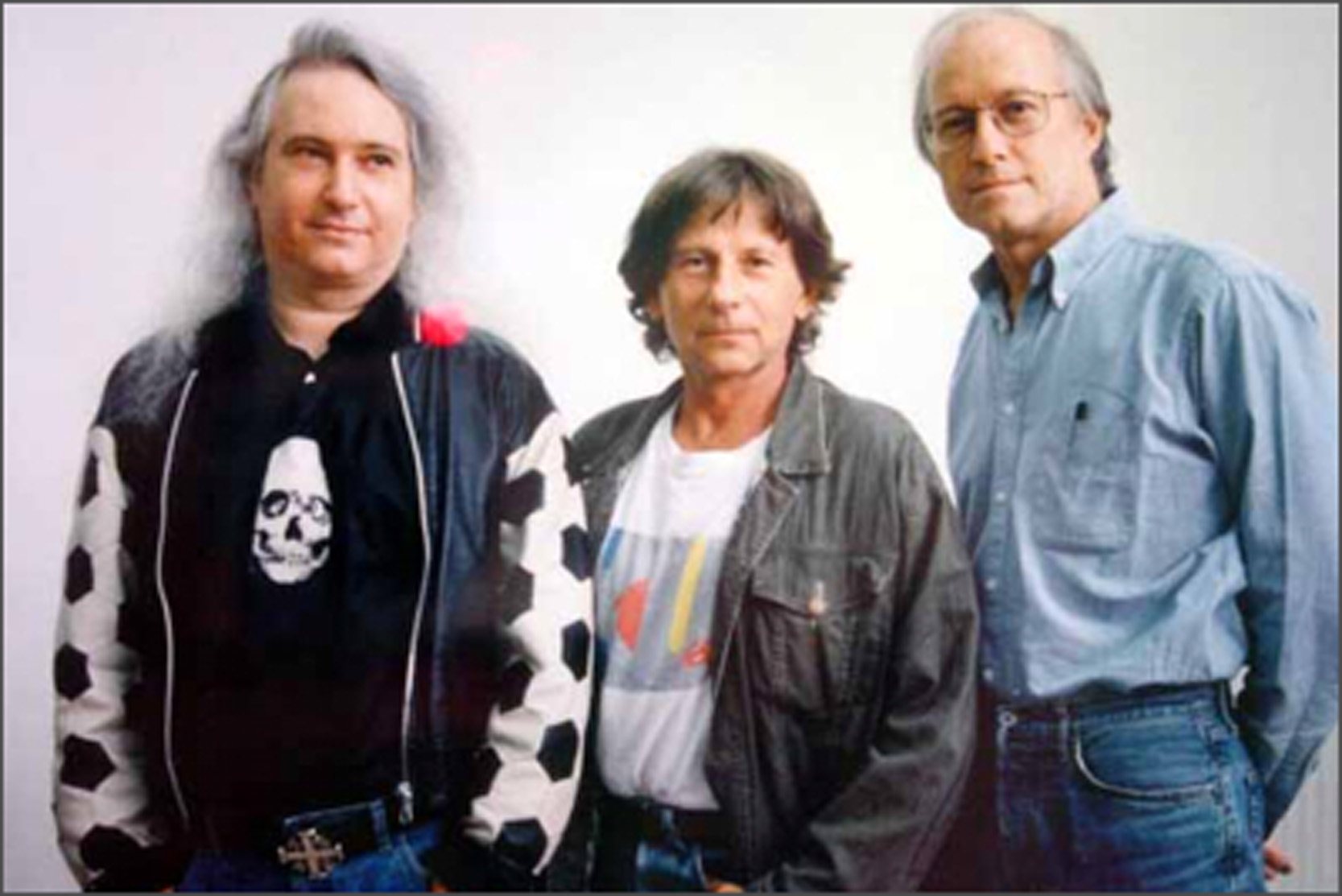 Jim also wrote the score for Tanz der Vampire, directed by Roman Polanski. The musical was based on Polanski's The Fearless Vampire Killers. The musical opened in Vienna, Austria, in 1998 and has become a cult classic. It won 6 IMAGE Awards (the European equivalent of the Tony), including Best Musical and Best Score. It's been seen by 10 million patrons, has been performed in 15 countries in 13 languages. Tanz der Vampire is now in its 23rd year.

Most recently, Jim Steinman refocused attention on his lifelong dream of creating a musical based on Bat Out Of Hell. Directed by Jay Scheib, Bat Out Of Hell The Musical opened in Manchester, England, in 2017 to rave reviews. Praised for its innovative staging, lavish set design, and ingenious use of video projection, the show has gone on to play in London, Toronto, Oberhausen and New York. It won the prestigious London Evening Standard Theatre Award for Best Musical. Jim was incredibly grateful to be able to see his vision so faithfully realized during his lifetime. An arena tour of Australia begins this November with new dates for the US and UK, rescheduled due to Covid-19, to follow shortly. 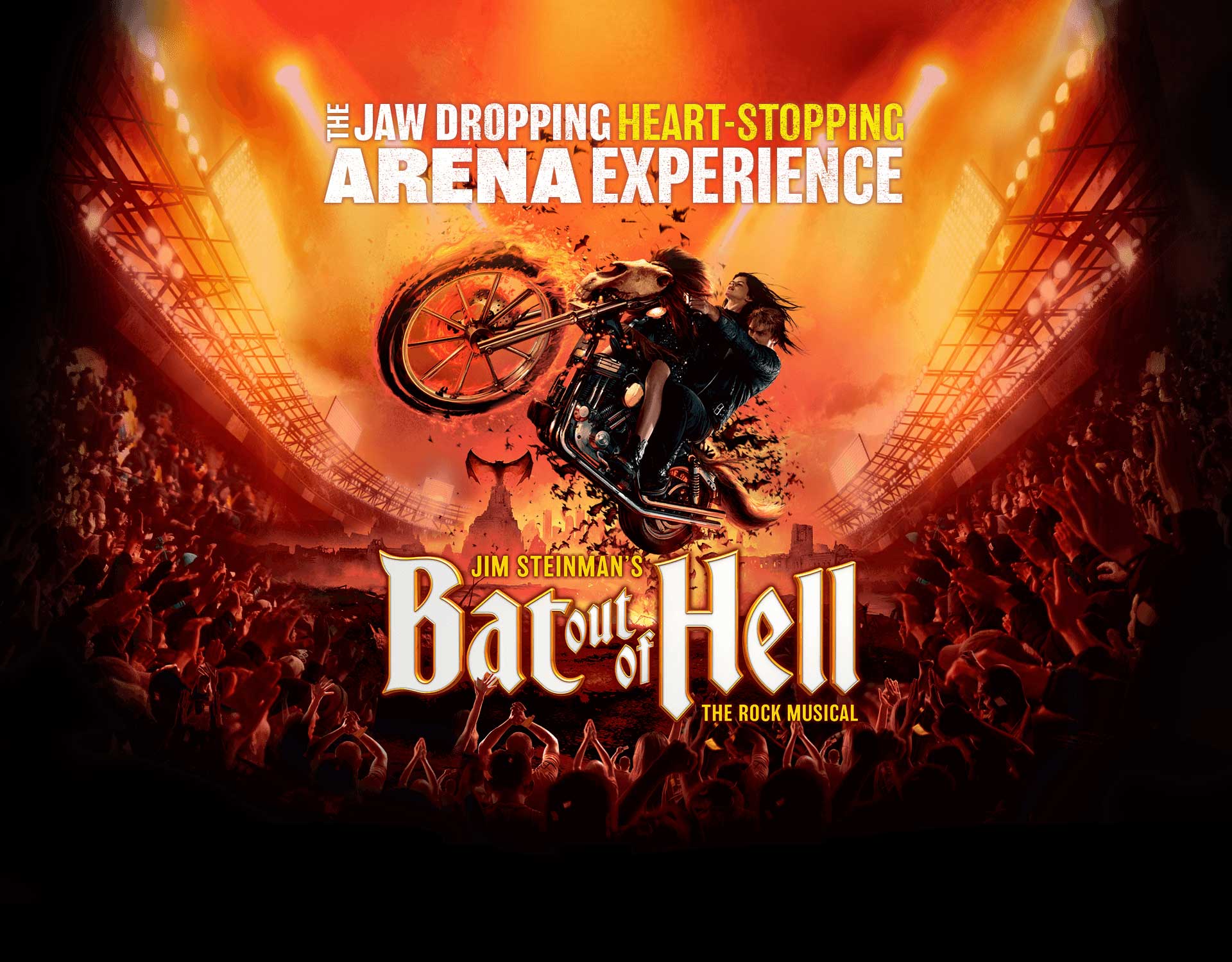 Jim Steinman's legacy represents far more than the sales, success or celebrity he's generated. He leaves behind a body of work that impacts and resonates with a vast global audience. His songs have been featured multiple times in Super Bowl ads and in TV commercials around the world for companies including M&M's, MasterCard, McDonald's, Cadbury, Pepsi and Starbucks. They've appeared on TV shows and movies, including Glee, Family Guy, Criminal Minds, Better Call Saul, Modern Family, Stranger Things, Footloose, Streets Of Fire, Shrek 2, Sausage Party, Angry Birds and Trolls. Talent-seeking programs such as American Idol, RuPaul's Drag Race, Dancing With The Stars, The Masked Singer, X Factor and their international franchises are never without a Steinman song.

Jim Steinman's music has been raised to iconic status by the pop culture it's influenced and the adoring audiences that identify with it.

The beat is yours forever. 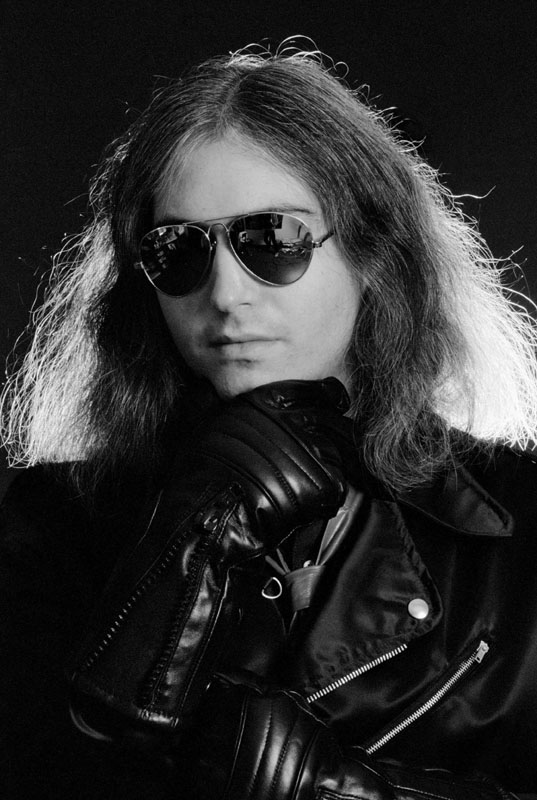