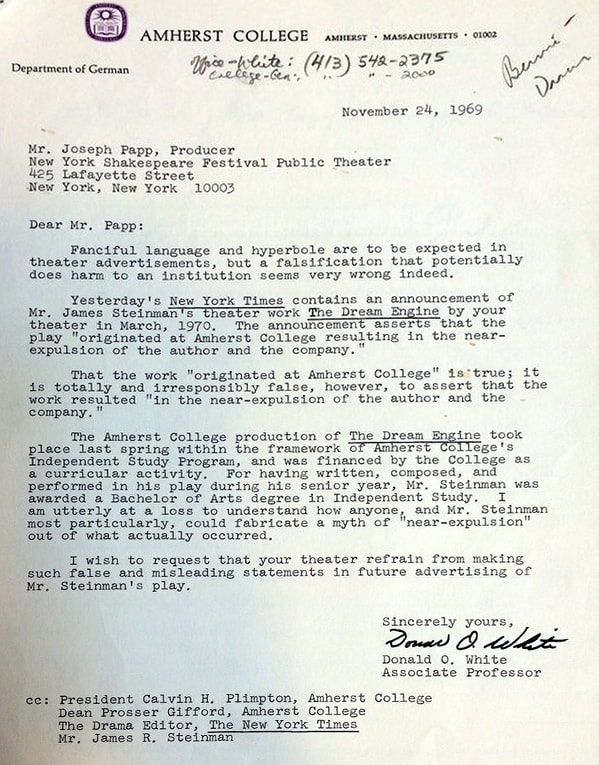 Fanciful language and hyperbole are to be expected in theater advertisements, but a falsification that potentially does harm to an institution seems very wrong indeed.

Yesterday's New York Times contains an announcement of Mr. James Steinman's theater work The Dream Engine by your theater in March, 1970. The announcement asserts that the play "originated at Amherst College resulting in the near-expulsion of the author and the company."

That the work "originated at Amherst College" is true; it is totally and irresponsibly false, however, to assert that the work resulted "in the near-expulsion of the author and the company."

The Amherst College production of The Dream Engine took place last spring within the framework of Amherst College's Independent Study Program, and was financed by the College as a curricular activity. For having written, composed, and performed in his play during his senior year, Mr. Steinman was awarded a Bachelor of Arts degree in Independent Study. I am utterly at a loss to understand how anyone, and Mr. Steinman most particularly, could fabricate a myth of "near-expulsion" out of what actually occurred.

I wish to request that your theater refrain from making such false and misleading statements in future advertising of Mr. Steinman's play.