Bat Out Of Hell advertisement 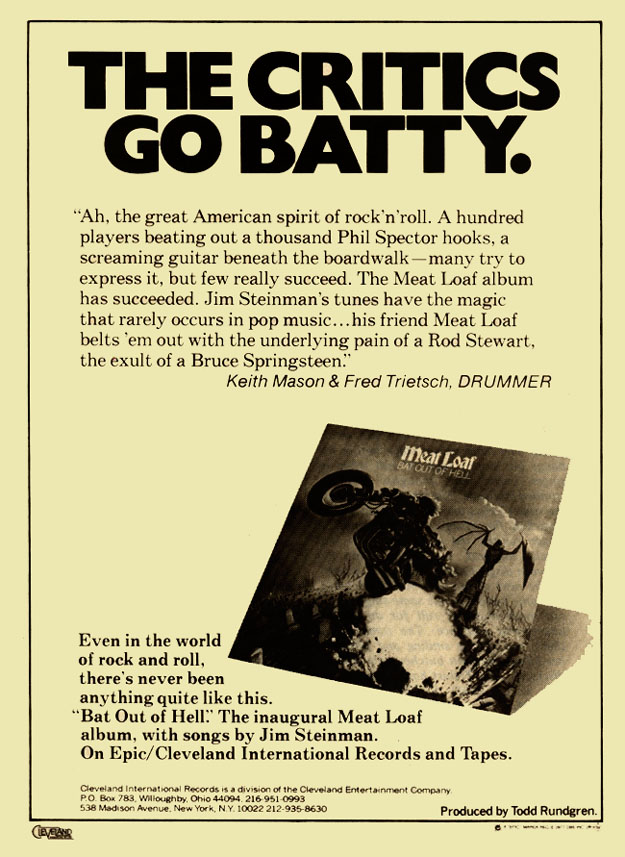 “Ah, the great American spirit of rock 'n' roll. A hundred players beating out a thousand Phil Spector hooks, a screaming guitar beneath the boardwalk - many try to express it, but few really succeed. The Meat Loaf album has succeeded. Jim Steinman's tunes have the magic that rarely occurs in pop music… his friend Meat Loaf belts 'em out with the underlying pain of a Rod Stewart, the exult of a Bruce Springsteen.”

Even in the world of rock and roll, there's never been anything quite like this. “Bat Out Of Hell.” The inaugural Meat Loaf album, with songs by Jim Steinman. On Epic / Cleveland International Records and Tapes.