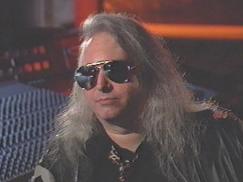 For the first but, we hope, not the last time our Front Page record of the Week is an album - and what an album. The followup to the incredibly successful (26 million) original Bat; the Pavarotti of Heavy Metal (Meat) joins forces with the Wagner of : Rock (Steinman) and two geniuses collide with magical results (see Rock).

We're not big on followup albums designed through probable financial motives and, cynical as ever, we approached this with much the same attitude as we listened to Tubular Bells II (which we were not impressed by). But from the opening chords of the magnificent first track - ignore the single edit, radio, and play this twelve minute epic if you dare - I'd Do Anything For Love (But I Won't Do That), we were hooked.

This is a glorious, splendid album. Meat Loaf's voice is operatically gorgeous and better than ever but he and Jim Steinman are a marriage made in heaven though not, we suspect, in a relaxed, laid back, loving relationship) and Steinman's songs are quite superb, as are the arrangements and production.

I mean, how could you resist a song which tells you "Life is a highway and the soul is a car, then objects in the rear view mirror may appear closer than they are"? There are dozens of treasures like that one buried, tongue in cheek on this fantastic LP (check out the Opening to Wasted Youth - a send up of every heavy metal track). Yes, of course, there are all the expected tricks and changes and breaks that we know and loved in Bat I but that's an old classic and this is a brand new feast that should not be missed at any cost. Do as we did; flinch at the concept, wince at the mercenary nature of it and then listen.

You'll be blown away. Better still you'll catch yourself openly laughing out loud at times with delight. You know what to expect yet it's constantly better, fresher and brighter than you hope. If they had a Mercury Music Prize for American albums, this would win it hands down.