“More Than You Deserve,” the new war musical comedy that opened last night at the New York Shakespeare Festival Public Theater, makes “M*A*S*H” look as innocent as “Beetle Bailey.” In this show, behind every hooch is a whorehouse. Draftees take pot-breaks, LSD is fed to mummified patients, and heroin is more prevalent than heroism. Torture is standard operating procedure (and the masochistic “gooks” moan with delight). 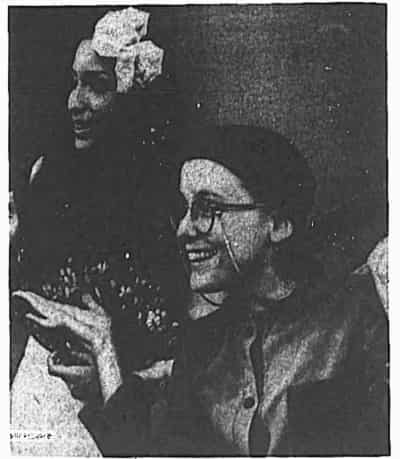 The Andrew Sisters' “Boogie Woogie Bugle Boy” becomes “Go, Go, Go, Guerillas,” and Nellie Forbush (in this version, a war correspondent named Fiona Markham) doesn't wash that man right out of her hair, she is the centerpiece in a gang rape - and she loves it. After the event, the spotlight strikes, and she sings wistfully that it was a “kind-a special, kind-a wonderful.“

For some, this will be a stiff draught to swallow, but the play's toxicity is not the problem. Although the show is harsh and heartless, it never really comes to terms with the horrors of Vietnam, ostensibly its subject. The reiterated, simplistic theme is not man's bestiality but his sexual impotence. Only with a gun in hand can these characters make love as well as war.

What the authors (book and lyrics by Michael Weller, music by Jim Steinman) offer is vaudeville shenanigans at the front, which itself (as in “Oh What A Lovely War”) might suffice as an antidote to actuality - if the show were not chaotic. War is a nightmare, and certainly art can reflect that. What is needed is an attitude and a structure - a consistency even in inconsistency.

For example, when people are killed, they jump right back on their feet. In fact, Marybeth Hurt, who plays a chirpy-voiced Vietnamese villainess, ricochets from death to life with the persistence of a duck in a shooting gallery. On the other hand, when the show's hero, two-fisted, bare-chested Luke Bison (Seth Allen) is slain, he stays dead. He is dismissed to a silly, heaven-sent swing that dangles over the stage while another character (Terry Kiser) assumes his identity and adds to his confusion.

There is an unmarshaled quality to the material that makes the show seem like a show by committee. The responsibility for this disorder rests not just with the authors but with the director, Kim Friedman.

But if you can stay with “More Than You Deserve” - it is long and loud (and may bash a few eardrums) - there are some rewards, chiefly in the score, both music and lyrics.

Mr. Steinman raids the vault of World War II movies sending up an arsenal of pop tunes with a clattering rock beat. I particularly liked “What Became of the People We Were?”, a sardonic lament for lost innocence; “O, What a War!”, a middle-aged lusting for the war of '44; and rhythmic title tune, sung by the show's strongest singer, Meat Loaf.

As we know from “Moonchildren,” Mr. Weller is one of our finest young playwrights. Here, his lyrics have a precision and pungency too often missing in his book.

There are only six people in the band but they are electrified to sound like a Signal Corps battalion, which benefits the music, but occasionally smudges the lyrics.

The cast is relatively small and highly active (at times, too active) the atmosphere is very much anything-for-a-laugh. There is scarcely room for characterization, which may be why Fred Gwynne as the captain in charge is simply frazzled and blustering.

The most complete character is that pushy battle reporter, who tries to win a story by using her body as ammunition. In the role, Kimberly Farr - wide-eyed and forthright, like a young Betty Grable - turns on an entire Army base and almost leashes a stray of a show.