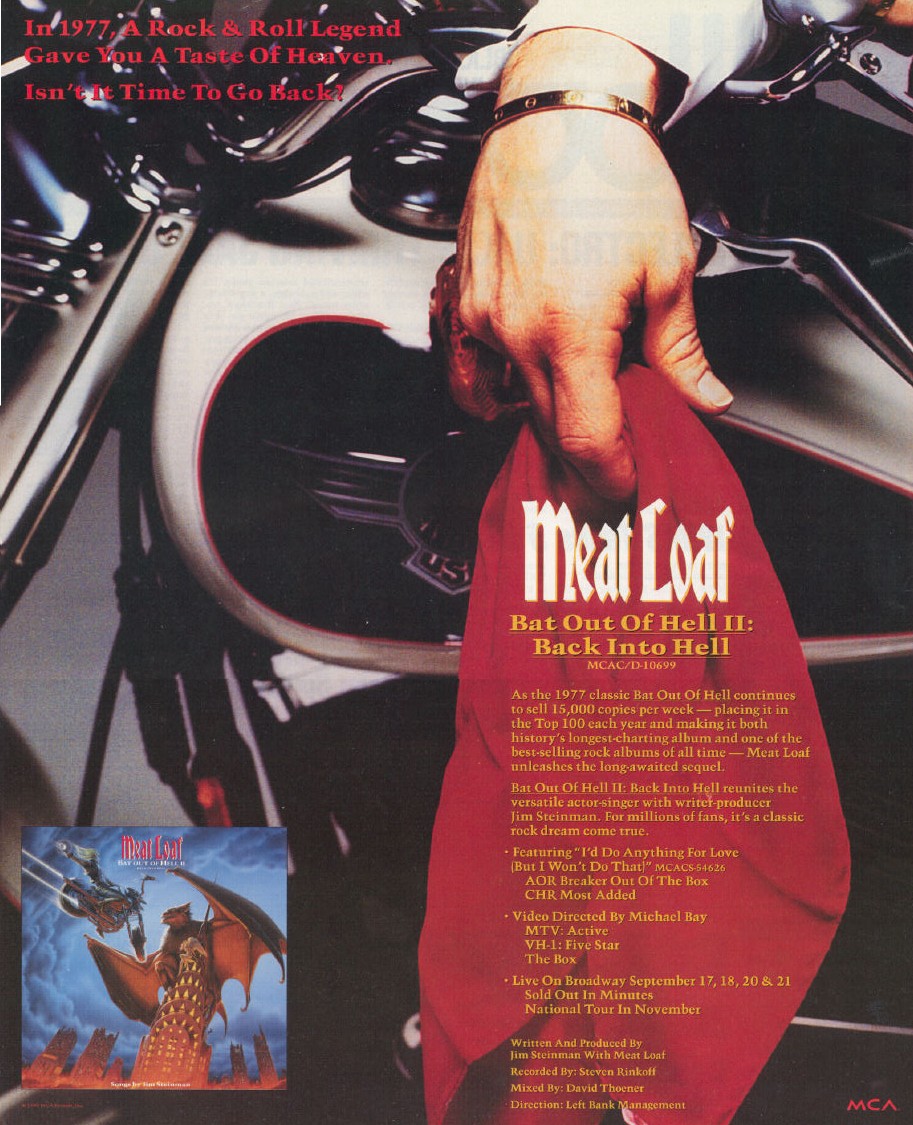 Isn't It Time To Go Back?

Bat Out Of Hell II : Back Into Hell

As the 1977 classic Bat Out Of Hell continues to sell 15,000 copies per week - placing it in the Top 100 each year and making it both history's longest-charting album and one of the best-selling rock albums of all time - Meat Loaf unleashes the long-awaited sequel.

Bat Out Of Hell II : Back Into Hell reunites the versatile actor-singer with writer-producer Jim Steinman. For millions of fans, it's a classic rock dream come true.

Written And Produced By Jim Steinman With Meat Loaf