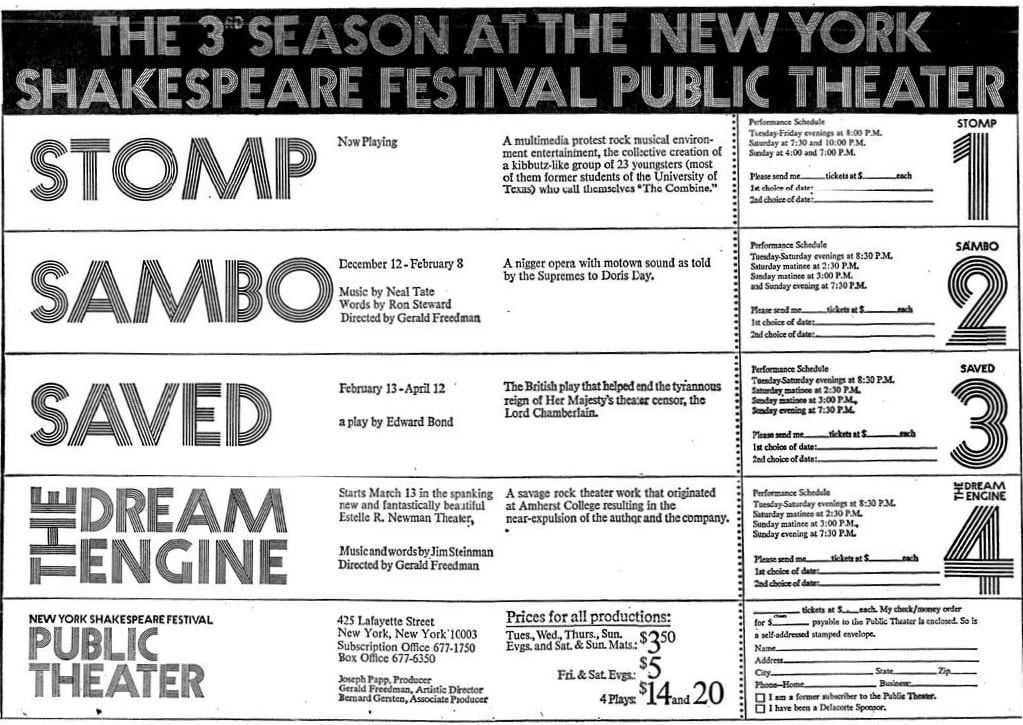 Music and words by Jim Steinman

A savage rock theater work that originated at Amherst College resulting in the near-expulsion of the author and company.

Important Note: there was no "near expulsion of the author and company" in reality. See this letter from Amherst to Joe Papp.

Gerald Freedman was the artistic director for the New York Shakespeare Festival and a good friend of Joseph Papp. However, after seeing his work on Sambo, Jim absolutely refused to let him direct the Dream Engine, so there was a lot of turmoil and hurt feelings all round, and the newly built Newman Theater was not ready in time anyway.